I never truly contemplated ‘white privilege.’ Then I saw a black man killed for doing the same thing I had done 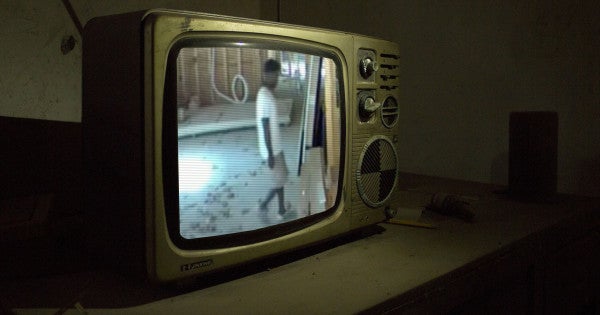 Editor's Note: The following op-ed is written by an active-duty Marine sergeant major. The opinions expressed are those of the author, and do not necessarily reflect the views of Task & Purpose.

I used to get defensive when people brought up the idea of white privilege.

Although I am white, I didn’t grow up with a silver spoon in my mouth. I worked hard in school and chose a career in the Marine Corps — an organization with high standards, and tough training. It was hard but rewarding work. I felt like I’d caught some good breaks, but I’d earned everything I got, good and bad. I loved people. I didn’t discriminate on race, gender, religion, or sexual orientation. I treated all people with dignity and respect, and loathed bigots and racists. I didn’t want an unfair advantage over anyone, and I certainly had never asked for one. I didn’t accept the idea of privilege in my life. I thought I had it right.

But something changed a few months ago after video emerged of the death of Ahmaud Arbery, a 25-year-old black man. While on a jog through a south Georgia neighborhood, Arbery was shot and killed by a white man who, along with his son, chased after him in a pickup truck.

Moments before his death, Arbery was walking around a house that was under construction.

Many years earlier, I rolled under a locked construction fence in a wealthy neighborhood to get a better look at a beautiful custom home that was being built. I had been helping out a friend, who was also white, with a handy-man project down the street when he mentioned that there was a gorgeous house being built by the company he worked for. It was just around the corner, he said.

The huge double-lot was surrounded by a construction fence, and when we arrived, we found the gate was chained and padlocked. My friend called his company to see if he could get the combination to the lock, but nobody answered. The work site and the company’s office were closed for the weekend. Then I noticed that the bottom of the fence was more than a foot above the ground. We both just rolled under it. There was little thought or discussion. We just did it, fully aware that we were trespassing on private property. I don’t remember being nervous, though at that point in my life I knew it was illegal to be on the wrong side of a locked gate on someone else’s property.

But it didn’t occur to me that someone who saw us might call the cops. Even if they had, I was confident that we could simply explain to the officers that we meant no harm – that we were just looking around – and my buddy was affiliated with the company on the job. I felt no danger. I just wanted to see the house. We looked around for a while. My buddy showed me some of the cool parts of the property and taught me some of the things he’d learned in the construction business. It was the coolest home I had ever seen. And when we were done, we rolled back under the same fence.

In the years that followed, I rarely thought about that experience. It wasn’t a significant memory. I didn’t think much at all of the fact that I was trespassing. I didn’t have any ill intent. We didn’t damage or steal anything. I still considered myself a law-abiding citizen.

Then in February, Ahmaud Arbery was murdered. He had been jogging down the street when he was killed. Surveillance videos released later showed that he had also entered the site of a home under construction. Arbery was trespassing. I thought immediately of how I’d done the same years before, but with no consequences.

I am not sure if anyone saw me and my buddy roll under that fence all those years ago, but in Glynn County, Georgia someone claimed they saw a black man prowling around a house under construction. In response, a man named Greg McMichael, his son Travis, and a friend, grabbed a shotgun and a .357 Magnum, and then chased down Arbery because they thought he looked “suspicious.” A horrific video shows the final moments of Arbery’s life. The McMichaels catch up to him. There is a struggle. Multiple shots are fired. Ahmaud Arbery is killed. He was unarmed. He was black. And now he is dead.

The police arrived, asked questions, and took a report. The McMichaels told a story that was accepted. They said they had been performing a public service. They said they were looking out for the community.

The McMichaels got in their truck and went home. Weeks passed. And nothing else happened. Absolutely nothing.

The story they told was believed. Then the world saw the video.

After a month, and much public outcry, the McMichaels were finally arrested.

The story of Ahmaud Arbery has not left me. I think about it every day.

The story of Ahmaud Arbery has changed me.

The story of Ahmaud Arbery has taught me.

I think I understand privilege in a way I didn’t before.

Privilege is the carefree feeling of rolling under a fence and knowing that even though you are technically committing a crime, it will probably be alright. Privilege is the confidence that you will have the opportunity to explain yourself and likely be believed. Privilege is seeing the absurdity of the idea that you would be chased down by two armed men and shot dead – for trespassing.

It never occurred to me that any harm could come to me. It didn’t. But Ahmaud Arbery was murdered.

That is a privilege that should know no racial boundaries.