76 years ago, the Allies launched the largest airborne attack ever. Here’s how it all went wrong

Operation Market Garden was the largest airborne operation in history, but in a little more than week of fighting, the operation — and hopes of an early end to the war —fell apart 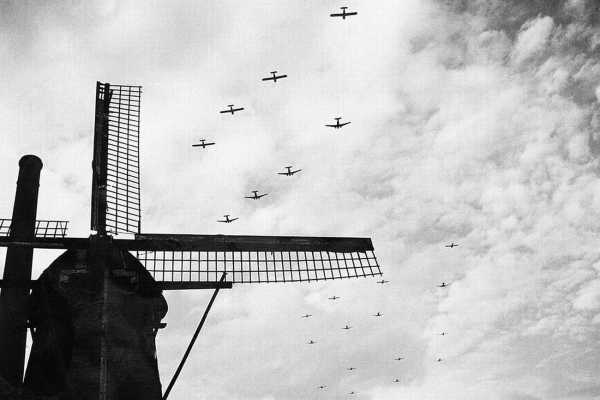 In mid-September 1944, things looked great for the Allies. With their foothold in Normandy secured after D-Day and the successful invasion of Southern France in Operation Dragoon, Allied soldiers began an almost unstoppable advance into Nazi-occupied Europe.

German forces were retreating to the safety of the Siegfried Line, a series of hardened defenses and fortifications stretching more than 390 miles along Germany's border with France and the Netherlands.

The successes had Allied planners believing there was a serious chance to end the war by Christmas, and British Field Marshal Bernard Montgomery devised a plan he thought would ensure it.

That plan, known as Operation Market Garden, was the largest airborne operation in history. But in a little more than week of fighting, the operation — and hopes of an early end to the war —fell apart.

Market Garden was ambitious. Over three days, three British and American airborne divisions and one Polish airborne brigade would be dropped as far as 60 miles behind enemy lines in the Netherlands to secure territory and bridges held by the Germans.

Arnhem was the most important, as its bridge over the Rhine was vital for future operations.

Over 40,000 soldiers, 3,600 aircraft, and hundreds of tanks were prepared. The entire operation was expected to take three to four days, and if successful, the Allies would begin the liberation of the Netherlands and secure a route over the Rhine and around the Siegfried Line.

British planners were not overly concerned about German resistance. Victories in the previous months made them believe the Germans were collapsing — so much so that they simply ignored intelligence indicating that two elite SS Panzer divisions had been stationed in the region.

But things went wrong almost immediately. The Germans, at first caught by surprise, began to respond. They had anticipated an airborne attack, and Field Marshal Walter Model, commander of German forces in the area, was an expert in defensive warfare.

At Arnhem, the British 1st Airborne Division had to land 8 miles to 13 miles from the city and its bridge. A large part of its force had to guard the landing zones for future drops, and the units advancing into the city came under attack from multiple German Kampfgruppen, or “battle groups,” which were formations composed of multiple units that had previously taken heavy casualties.

Only one British battalion of 750 men reached the bridge, but they were alone and surrounded. To make matters worse, none of their radios were working.

At Nijmegen, the 82nd had failed to capture the main bridge and was under counterattack. Outside Eindhoven, a glider from the 101st carrying plans for the entire operation was captured by the Germans.

But Nijmegen was proving tough to take. The Germans had turned the area around the bridge into a fortress with tanks, artillery, and veteran SS units, making the fight a brutal, house-to-house slog.

The 82nd was forced to the Waal River in canvas rowboats in order to outflank the bridge's defenders. The crossing was costly — 15 of the 26 boats were sunk, and nearly 200 troops were killed or wounded.

Collapse of Arnhem — a bridge too far

The situation in Arnhem, tenuous since the first day, was deteriorating rapidly. The rest of the 1st Airborne tried to join the 2nd Battalion but was cut off and forced to take up defensive positions in the neighboring town of Oosterbeek.

The 2nd Battalion continued to hold the bridge. They fought off waves of assaults for days but took hundreds of casualties. A ceasefire allowed some wounded paratroopers to be taken into German custody, but a small group still held out.

On the fourth day, the last of the British paratroopers at the bridge were overwhelmed. Their last radio message said only, “out of ammo, God save the King.”

Soon after, the landing zones were overrun, and supplies being airdropped for the 1st fell into German hands.

In an attempt to send reinforcements, the British dropped the remainder of the 1st Polish Independent Parachute Brigade on the other side of the Rhine. But many of the Poles landed in a German kill-zone. Those that survived attempted to cross the river but had to stop after taking heavy casualties.

For the next five days, British and Polish troops, stranded in Oosterbeek, endured countless German attacks and artillery barrages. On the night of the ninth day of the operation, they retreated across the Rhine to friendly territory under the cover of darkness and Allied artillery.

The British 1st Airborne Division was hit the hardest. Of the more than 10,000 men it started with, only about 2,000 returned, with the rest killed or captured. The unit took so many losses that it would never again see action during the war.

The Germans suffered an estimated 3,000 to 9,000 casualties, with 30 tanks destroyed and over 100 aircraft shot down.

Montgomery said 90 percent of his objectives were achieved, but Operation Market Garden was a failure. The main goal, capturing the bridge at Arnhem, was too much for the Allies.

The failure to secure that route over the Rhine meant the Allies had to punch through the Siegfried Line instead of going around it — prolonging the war for almost a year.