Soldiers who displayed high optimism before deployment were less likely to develop chronic pain after being sent to Afghanistan or Iraq than those who were more pessimistic, a new study finds 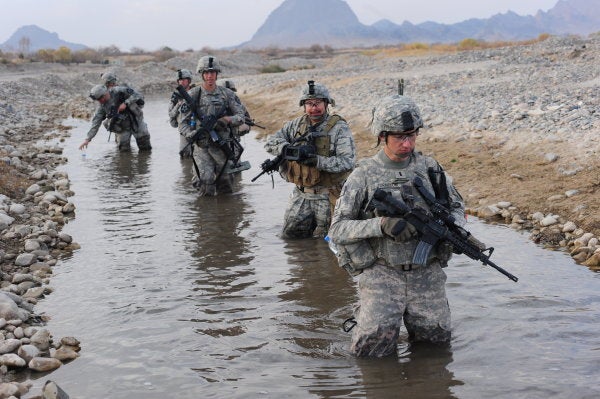 (Reuters Health) – Soldiers who displayed high optimism before deployment were less likely to develop chronic pain after being sent to Afghanistan or Iraq than those who were more pessimistic, a new study finds.

U.S. Army soldiers who were the most pessimistic were 35 percent more likely to report new back pain, joint pain or frequent headaches after returning from deployment compared with those who were the most optimistic, the study team reports in JAMA Network Open.

“We found that optimism was protective for soldiers even when they were exposed to combat or having personal injury during deployment combat,” said the study's lead author Afton Hassett, an associate research scientist in the department of anesthesiology at the University of Michigan in Ann Arbor.

“The most surprising thing was that even after we took into consideration demographic factors such as education, marital status and whether the soldier was an officer or an enlisted man, the effects of optimism were still powerful.”

While optimism may seem like an innate trait, it can be modified with the right therapies, Hassett said.

“We don't want to blame people for not being optimistic enough,” she added. “But maybe we need to think about identifying soldiers who have low levels of optimism and perhaps help them with some pre-deployment programs.”

People who view the world negatively can be taught to have a more optimistic view through cognitive behavioral therapy, Hassett said. “Often pessimism is born of negative false beliefs,” she explained. “If you can counter those beliefs – which are often related to how someone was raised – people can be motivated to think a little differently.”

Hassett and colleagues analyzed data from 20,734 U.S. Army soldiers who reported pain in at least one new area of the body after deployment. All had filled out questionnaires prior to deployment that assessed levels of optimism through responses on a five-point scale indicating how strongly a soldier agreed with four statements: “In uncertain times, I usually expect the best,” “I rarely count on good things happening to me,” “Overall, I expect more good things to happen to me than bad” and “If something can go wrong for me, it will.”

Soldiers who were already suffering from some sort of chronic pain before they were deployed were excluded from the analysis.

The researchers were also able to include information on the level of combat intensity experienced by the soldiers, along with five potentially traumatic events during deployment: encountering dead bodies or seeing people killed or wounded, feeling in great danger of being killed, engaging in direct combat that involved discharging a weapon, experiencing a blast or explosion and experiencing a vehicular crash.

While the new study looked only at the development of chronic pain in the military, “this is not isolated to soldiers,” Hassett said. “There are many experimental studies suggesting a very strong link between optimism and pain.”

Dr. John Hache can see the broader implications of the new findings.

“It's a pretty interesting study,” said Hache, a clinical assistant professor with the Pain Medicine Program at the University of Pittsburgh Medical Center in Pennsylvania. “One of the things we're trying to sort out is how we can manage the huge chronic pain epidemic especially in the setting of the opioid epidemic. What's really interesting is, they have identified something new that may be modifiable. Most of the other risk factors identified in the paper are things you can't change, such as being in a stressful combat position.”

The study suggests it might be possible to protect against chronic pain conditions, said Hache, who was not involved in the new research. “Addressing certain psychological aspects before someone is exposed to military service might prevent them from developing pain in the first place.”

SEE ALSO: Sleep Disorders Among Troops Are More Damaging Than We Realize