Barnes ordered a review of all the reservists in the department and found that military orders for the seven employees were not legitimate. 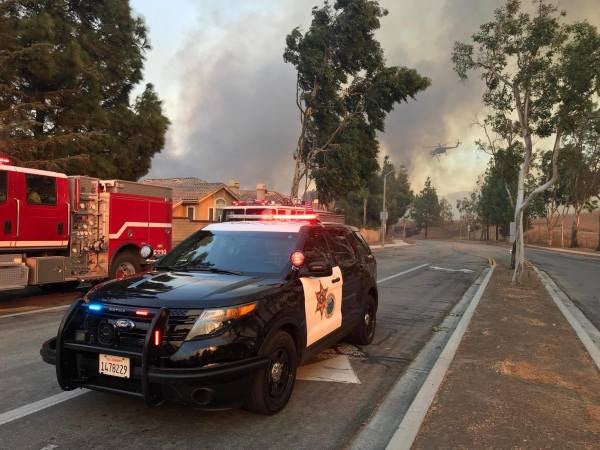 Seven Orange County Sheriff’s Department employees are under federal investigation for allegedly taking more paid time off as military reservists than they actually served, the Orange County Register has learned.

An internal investigation and subsequent audit initiated by Sheriff Don Barnes revealed that five deputies and two correctional workers — all of them assigned to the Orange County jail — allegedly falsified their military orders allowing them paid time off as reservists for various branches of the military, sheriff’s spokeswoman Carrie Braun said Friday Sept. 11.

Some of the employees failed to report to military duty altogether, while some gave themselves an extra day off than they earned, the Register has learned. One deputy who was on probation has been fired. The other employees are on paid administrative leave.

In a statement, Barnes said, “The actions of these seven individuals do not represent the values of this organization and absolutely do not reflect on the contributions and sacrifices of the men and women who have courageously served our country as members of the armed forces.”

The sheriff’s review has been turned over to “the proper federal authorities” for investigation, Braun said. She would not elaborate or identify the employees under investigation.

The internal probe began shortly after the department in January found discrepancies in Army military orders submitted by a deputy for time off. An investigation found that the orders were fraudulent, Braun said.

Barnes ordered a review of all the reservists in the department and found that military orders for the seven employees were not legitimate.

News of the military probe comes a day after Barnes announced the arrest of a deputy on charges of repeatedly burglarizing a Yorba Linda home where he had earlier been sent in response to a death.

And another audit by Barnes found that deputies were systematically booking evidence late — and sometimes not at all. Three deputies have been charged criminally for mishandling evidence — two were convicted of misdemeanors but received no jail time. More deputies are under investigation. Meanwhile, charges in dozens of criminal cases also have been dismissed because the evidence was not booked.

Asked how the mounting misbehavior affected the department’s image, Braun said: “It speaks to the organization in that in both (audits) the concerns were brought to us internally and the sheriff took them serious and went above and beyond. … I think it speaks to the caliber of our organization … that we hold people accountable.”

Assistant Public Defender Scott Sanders, a frequent critic of the department, said the latest audit was reminiscent of his discovery that prosecutors and deputies were improperly using jailhouse informants to get evidence — a practice that became known as the snitch scandal.

“There is nothing shocking about this. Nobody lost a day of pay for what occurred in the informant scandal. Nobody got charged in the evidence booking scandal until we made it public,” Sanders said. “Then the prosecution claimed they were bringing down the hammer: the two worst offenders pleaded to a misdemeanor and no jail time. There is no accountability and no fear.”