After Sept. 11, professional sporting events experienced a surge of patriotic displays. But after more than 14 years of American … Continued 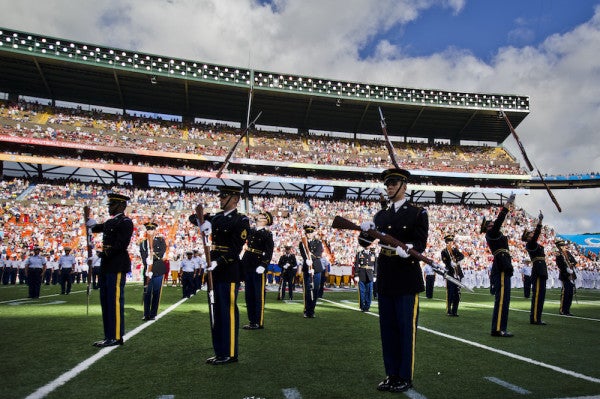 After Sept. 11, professional sporting events experienced a surge of patriotic displays. But after more than 14 years of American troops engaged overseas, this pageantry has gone stale.

According to Will Bardenwerper, a former Army infantry officer writing for The Washington Post, “What began as spontaneous and genuine has gradually morphed into something that feels contrived.”

After senators John McCain and Jeff Flake released a report that revealed the Department of Defense gave professional sports teams $6.8 million since 2012 for “paid patriotism,” the pageantry of patriotism in athletics has become disingenuous.

What’s needed instead, “is an honest debate – especially in a presidential election year — about the cost of our wars and the benefits we hope to gain from being involved in them,” Bardenwerper writes.