Two years ago, 30-year-old Derek Herrera was hit by a sniper while leading a special operations team in Helmand River … Continued 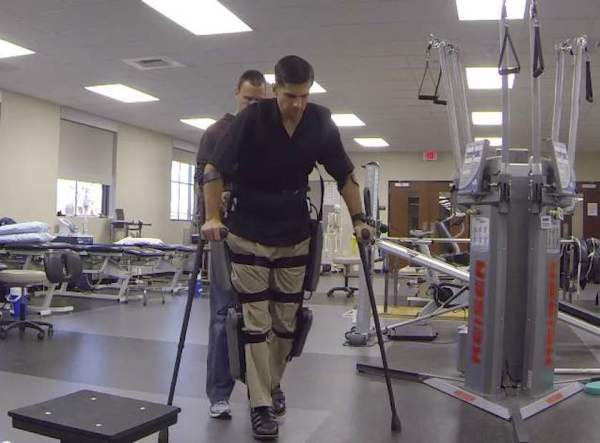 Two years ago, 30-year-old Derek Herrera was hit by a sniper while leading a special operations team in Helmand River Valley in Afghanistan, leaving him paralyzed from the waist down. However, within a year, Herrera was walking again with the aid of a ReWalk Exoskeleton.

On Friday, Herrera accepted a Bronze Star for combat valor at Camp Pendleton and simultaneously retired from the Marine Corps. He is currently finishing an MBA at UCLA’s Anderson School of Management and is also the CEO of RuckPack, a company that manufactures and sells healthy alternatives to energy drinks and shots.

“When I fail, I will do so while daring greatly” to achieve something important and useful, he said to a standing ovation, according to U-T San Diego.