Paratrooper found dead in barracks at Joint Base Elmendorf-Richardson

A 23-year-old Anchorage paratrooper was found dead in his barracks on Joint Base Elmendorf-Richardson on Saturday, according to the U.S. Army Alaska 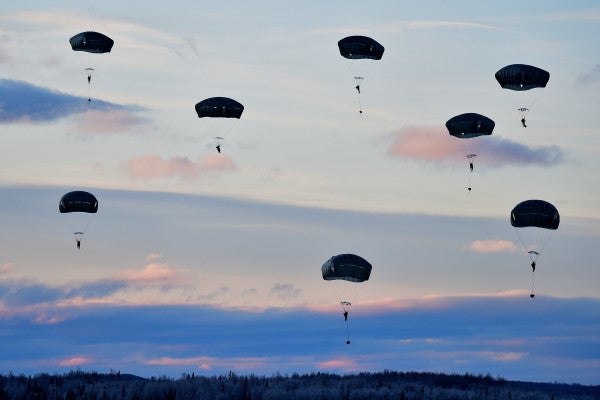 A 23-year-old Anchorage paratrooper was found dead in his barracks on Joint Base Elmendorf-Richardson on Saturday, according to the U.S. Army Alaska.

Spc. Jason Alexander Thomas was found “unresponsive” and transported to a base hospital, where he was pronounced dead at 5:30 p.m. Saturday, the Army said in a statement.

The cause of Thomas’ death is under investigation by the Army’s Criminal Investigation Division, which investigates all deaths of military members outside of combat, according to U.S. Army Alaska spokesman John Pennell.

Thomas, 23, was from Philadelphia and joined the Army in 2016. He arrived in Alaska in 2019 after serving at Fort Benning and Fort Stewart in Georgia.

He was a paratrooper in the 1st Squadron (Airborne) 40th Calvary Regiment.

In the Army statement, Thomas’ commander Lt. Col Josh Gaspard praised him as “exactly what we wanted in a paratrooper — tireless in his efforts, aggressive in his pursuits, and passionate about our business.”