President Donald Trump revealed on Twitter on Sunday that he has named Patrick M. Shanahan as acting secretary of defense... 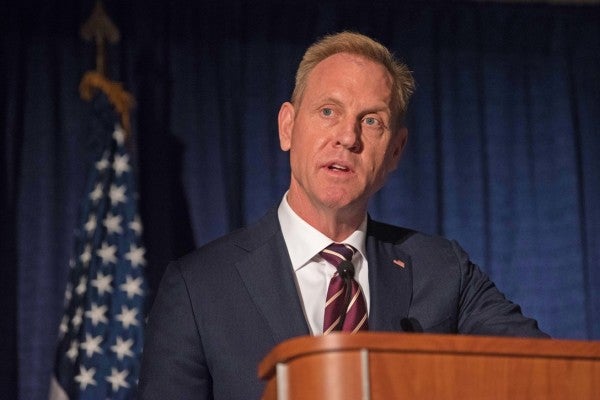 President Donald Trump revealed on Twitter on Sunday that he has named Patrick M. Shanahan as acting secretary of defense to replace James Mattis.

Mattis, who resigned his post in a dispute over Trump’s military pullout from Syria and Afghanistan, according to The Washington Post, will leave office Jan. 1, Trump wrote on Twitter.

Here’s what you need to know

1. He’s the deputy secretary of defense

Shanahan became deputy secretary of defense in July 2017, according to his Department of Defense biography. He took over the post from Robert O. Work, who had been appointed by President Barack Obama in 2014.

As deputy secretary of defense, Shanahan handles day-to-day oversight of the agency and manages its budget, according to the Department of Defense. He also oversees work on Trump’s proposed new Space Force.

In an interview with Defense News, Shanahan said “he believes his job is to ‘operationalize’ the National Defense Strategy, ‘driving systemic change — rewiring the organization to increase our performance on lethality, alliances, and reform’.”

“Too often we focus on process, or budget, or level of effort,” Shanahan said, according to Defense News. “The Pentagon should focus on outcomes and outputs — our performance. This focus on performance should drive us to field unmatched lethality, execute on our modernization plans and achieve this affordably’.”

Prior to his appointment as deputy defense secretary, Shanahan had worked for Boeing since 1985, according to his Department of Defense biography. He held several senior vice president positions in the company, where he oversaw work on new airliners and on missile and laser defense systems.

The late Sen. John McCain of Arizona threatened to block Shanahan’s 2017 appointment as deputy secretary of defense over his response to a question about providing arms to Ukraine and his lack of Pentagon experience, reported CNN.

McCain, then chairman of the Armed Services Committee overseeing hearings on Shanahan’s appointment, said he was tired of defense contractors taking senior jobs at the Pentagon, according to the network.

But he later voted to appoint Shanahan to the job in a 92-7 Senate vote.

Mattis, a retired general who had been confirmed as secretary of defense in a 99-1 Senate vote just hours after Trump took office in January 2017, had planned to leave office in February until Trump’s announcement Sunday, reported The Military Times.

Now Trump must name a permanent replacement, who will require confirmation by the U.S. Senate, according to the publication. Some of those reportedly being considered are Shanahan, Sen. Tom Cotton, R-Ark., current Navy secretary Richard Spencer, and current Air Force secretary Heather Wilson, who would be the first woman named to the post.

SEE ALSO: Trump Will Remove Mattis, Replace Him With His Deputy On Jan. 1