The Former Marine Arrested By Russia Reportedly Tried To Steal Over $10,000 From The US Government While Serving In Iraq

Paul Whelan, the U.S. citizen and former Marine detained in Russia on espionage charges, was reportedly convicted of attempting to steal roughly ten grand from Uncle Sam while deployed to Iraq in 2006 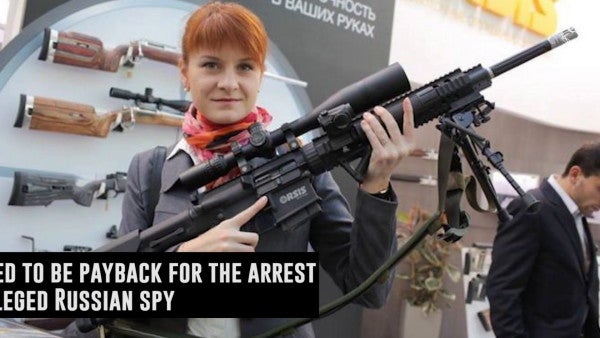 Paul Whelan, the U.S. citizen and former Marine detained in Russia on espionage charges, was reportedly convicted of attempting to steal roughly ten grand from Uncle Sam while deployed to Iraq in 2006, according to the Washington Post.

In addition to larceny, specifically the attempted theft of $10,410.59 of US government money, he also reportedly bounced checks to the tune of $6,000. And, to make matters worse, he wrongfully used another person's Social Security number to engage in unlawful activity.

A special court martial also found him guilty of failing to report his vacation time.

For his crimes, he was ultimately discharged from the Marine Corps for bad conduct, a ruling he unsuccessfully attempted to appeal. He served 14 years in the Corps before he was discharged.

Whelan was arrested in Moscow last week. Russian authorities claim the 48-year-old American, who is being held in Lefortovo Prison, was working as a spy. Russia has not publicly presented any evidence to support the charges against Whelan. Some observers have said they believe Whelan's arrest was made on flimsy grounds and is likely retribution for the arrest of a suspected Russian spy.

Whelan's case is a curious one as four different countries — Canada, the U.S., Britain, and Ireland — all claim him as a citizen, and each is seeking consular access. He apparently had four passports, which he is said to have collected for fun.

The detained former Marine had an interest in Russia, though.

Currently a corporate security expert, Whelan made several trips to Russia, had Russian friends, was reportedly learning Russian, and has been using Russian social media for years, CNN and the Post reported. Whelan's family says that he he recently flew to Moscow to attend the wedding.

Whelan's arrest comes just two weeks after alleged Russian spy Maria Butina pleaded guilty in the US to conspiracy charges. Russia argues that Butina is a political prisoner. If Whelan is found guilty of espionage, he could face 10 to 20 years in prison.