The Defense POW/MIA Accounting Agency said Navy Chief Warrant Officer John Arnold Austin of Warrior was accounted for in September 2018, 77 years after his death on board the USS Oklahoma 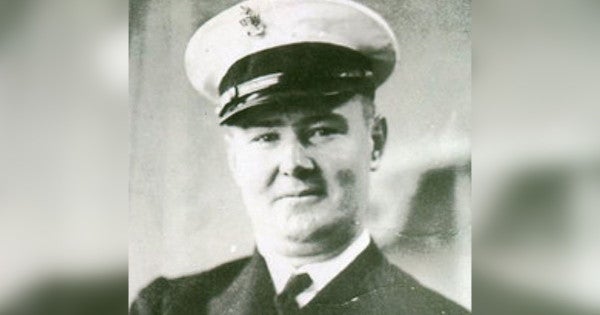 DNA testing has identified the remains of an Alabama sailor killed at Pearl Harbor.

On Dec. 7, 1941, Austin was the Chief Warrant Officer on board the Oklahoma, moored at Ford Island, Pearl Harbor, when the ship was attacked by Japanese aircraft. The Oklahoma sustained multiple torpedo hits and quickly capsized. Austin, who had enlisted in the Navy in 1920 at the age of 15, was trapped with others on the ship but found a porthole beneath the water that provided an escape.

He is credited with assisting 15 sailors in escaping the Oklahoma, though he himself failed to get out. Austin died alongside 428 of his fellow crewmen. He was 36-years-old.

Austin was posthumously awarded the Navy Cross in recognition for actions that were in “keeping with the highest traditions of the United States Naval Service.”

“He gallantly gave his life for his country,” the commendation said.

The USS Austin, an escort destroyer, is named in his honor.

Austin's remains were among those transported to Halawa and Nu'uana cemeteries during the war. In 1947, the American Graves Registration Service disinterred the remains of the U.S. casualties from the two cemeteries in an effort to confirm their identities.

Only 35 of the men who died on board the Oklahoma were able to be identified at the time. The remaining 45 were buried at the National Cemetery of the Pacific, known as the Punchbowl, in Hawaii.

In 1949, Austin and the remaining sailors who could not be identified were listed as non-recoverable.

In 2015, the Pentagon restarted efforts to identify the sailors from the USS Oklahoma and began exhuming their remains. Austin's remains were later identified by scientists from DPAA and the Armed Forces Medical Examiner System using mitochondrial DNA, dental and anthropological analysis, as well as circumstantial evidence.

More than 400,000 Americans were killed during World War II; 72,751 remain unaccounted for through 26,000 are considered to be possibly recoverable. Austin's name is listed on the Courts of the Missing at the Punchbowl. A rosette will be placed next to his name to indicate he has been accounted for.