One of the last remaining Pearl Harbor survivors dies

'The Japanese came in at treetop level. They started strafing us. We put the butts of our rifles down on the ground and shot back at them.' 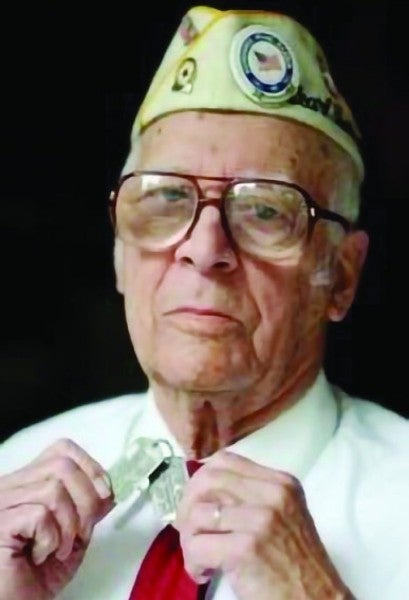 PEABODY — One of the country's last remaining Pearl Harbor survivors died Thursday at Rosewood Nursing and Rehabilitation Center in Peabody at the age of 98.

Emery Arsenault was working at a radar station at Pearl Harbor on Dec. 7, 1941, when Japanese airplanes bombed the U.S. Navy base in Hawaii, triggering the United States' entry into World War II.

Arsenault was honored by local officials on Pearl Harbor Day in 2018 in a ceremony at Rosewood Nursing Center, where he was called a “living legend.”

Arsenault was born in New Bedford and grew up in Dennisport. He enlisted in the Navy at 18 and hitchhiked to Boston to report for duty.

In a story in The Salem News in 2018, Arsenault said he was working in a radar station at Pearl Harbor when “somebody started screaming.”

“The radar all lit up,” he said. “The Japanese came in at treetop level. They started strafing us. We put the butts of our rifles down on the ground and shot back at them. I don't know if we hit anything. We all dived underneath trees and in foxholes and sat there for three days because we didn't know if they were going to come in from the ocean (with another attack).”

After the war, Arsenault got married, worked at Logan Airport in maintenance and baggage, and raised his family in Lynn. He returned to Honolulu several times to be honored with other veterans on Pearl Harbor Day through the Greatest Generation Foundation.

Arsenault was the husband of the late Lauretta Doucette Arsenault, who died in 2002. He leaves three daughters and their husbands, as well as seven grandchildren and nine great-grandchildren.