A pedestrian has been charged with murder in a motorcycle crash that killed a Kansas police officer, officials said. Officer... 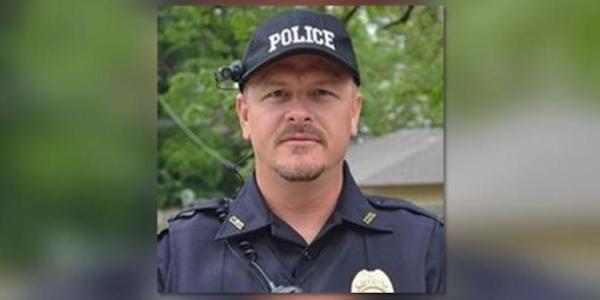 A pedestrian has been charged with murder in a motorcycle crash that killed a Kansas police officer, officials said.

Officer Marc Henry was off-duty while riding his motorcycle southbound on Highway 81 in Ottawa County at around 2:30 p.m. Monday, the Concordia Blade-Empire reported.

That's when Henry's motorcycle rear-ended the back of another vehicle that had stopped on the highway to avoid hitting a pedestrian, Kansas Highway Patrol Lt. Roy Henry told the newspaper. A Highway Patrol crash report had not been published online as of Tuesday evening.

Marc Henry was taken to the Ottawa County Health Center, where he was pronounced dead.

An obituary states that Henry, 48, had been a military police officer in the National Guard, Army and Marine Corps before joining the Concordia Police Department in 2012. He had 20 years of military experience and spent 10 years active duty.

Henry had previously worked for the Clay Center Police Department and the Clay County Sheriff's Office.

“He wanted nothing more than to be a police officer,” Concordia Police Chief Bruce Johnson told the Blade. “He helped recruit several of our officers.”

Calvin Stewart, of Salina, was arrested at the scene and later charged with pedestrian under the influence and second-degree murder, Ottawa County Sheriff Keith Coleman told KNCK News. Trooper Ben Gardner told the radio station that the pedestrian was walking along the highway and waving down vehicles.

Henry will be buried Friday with full military honors conducted by the Kansas National Guard, the obituary states.

“We are deeply saddened at the loss of a great colleague and friend,” Conocrdia city manager Amy Lange said in a statement to KNCK. “Our thoughts and prayers are with Marc's family, friends and colleagues.”