Calling him a “clever, calculated con man,” a Lackawanna County judge today found a West Scranton man guilty of stealing more than $17,000 from the American Legion Post 568 in Minooka and lying about his status as a veteran 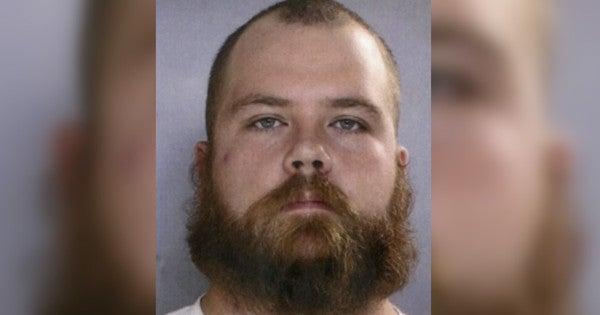 SCRANTON — Calling him a “clever, calculated con man,” a Lackawanna County judge today found a West Scranton man guilty of stealing more than $17,000 from the American Legion Post 568 in Minooka and lying about his status as a veteran.

Judge Vito Geroulo rendered the verdict against Christopher Crawford immediately after prosecutors concluded closing arguments in the nonjury trial. The judge said evidence overwhelmingly showed Crawford abused the trust of post members by fooling them into believing he was a disabled war veteran.

“By carrying out that misrepresentation, he gained access to the accounts of the American Legion, to the friendship and respect of fellow members,” Geroulo said. “He then literally put himself as the fox in charge of the henhouse, which he then raided.”

Crawford, 31, was found guilty of two counts each of theft and receiving stolen property and five counts of access device fraud for using the legion’s debit card to make dozens of unauthorized purchases and cash withdrawals between March and August. He was also convicted of two counts of misrepresenting himself as a veteran.

Crawford claimed he was honorably discharged after being injured in combat in Iraq. In reality, he was a U.S. Army deserter who received an other than honorable discharge after he went absent without leave from basic training camp in 2007, service records showed.

Crawford’s attorney, assistant public defender Doug Vanston, presented no evidence or witnesses. He focused on questioning legion officers about their lax oversight of finances, which he said showed inconsistent administration.

Geroulo resoundingly rejected the argument, telling Vanston it was Crawford, not the legion, that was on trial.

Several legion officers testified they embraced Crawford, who they said came across as a go-getter eager to attract younger members who would invigorate the post. Instead, he began stealing within a month of being appointed as its secretary.

Bauer obtained corroborating evidence from posts on Crawford’s Facebook account that showed he was in New Jersey and Florida when the card was used. She also obtained video surveillance showing him at the CVS.

Speaking after the trial, Sean O’Shea, the legion’s commander, said Crawford was able to perpetuate the crimes because several legion officers were away at training or work during the summer.

“He knew exactly when to strike,” O’Shea said.

Lackawanna County District Attorney Mark Powell said the case serves as a warning to other organizations to be vigilant in monitoring finances.

“There is a lot of vulnerability in these organizations,” Powell said. “They’re all volunteers doing their best. You hope people are honest.”

“What’s really outrageous about his conduct is not that he just stole money, but he stole valor,” Powell said. “He misrepresented himself, which gave them a false sense of security … He used that to his advantage to steal from the very veterans he was supposed to be supporting.”

Crawford was returned to the Lackawanna County prison to await sentencing, which has not been set.