Prosecutors say a Bensalem, Pennsylvania man "spun a web of lies" in falsely claiming to be a U.S. Navy veteran injured by an explosion while serving in Afghanistan, in order to receive a lesser jail sentence for two DUI offenses 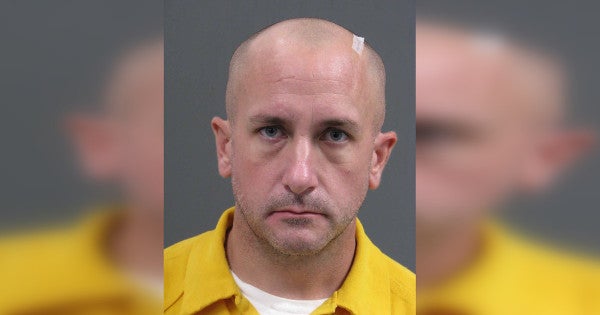 Prosecutors say a Bensalem, Pennsylvania man “spun a web of lies” in falsely claiming to be a U.S. Navy veteran injured by an explosion while serving in Afghanistan, in order to receive a lesser jail sentence for two DUI offenses.

The DUI convictions were his fourth and fifth such violations since 2002, according to Deputy District Attorney Robert James.

James became suspicious of Gorzoch's claims of military service while reviewing a presentencing report, where the defendant told a court-appointed psychologist last year he left the Navy after attaining the rank of sergeant and that he suffered from “service-related PTSD” and had nightmares and flashbacks. Gorzoch was looking to enter the veterans program and lessen his sentence, officials said.

“The problem with that is, there is no sergeant (rank) in the Navy,” James said.

James, a veteran of the U.S. Air Force, began the veterans program in 2013 in an effort to direct returning military servicemen and women to benefits and support services.

He says Gorzoch also represented himself as a veteran to the county's Drug and Alcohol Commission.

After running Gorzoch's name, date of birth and Social Security number through three separate veterans databases, James said he could not find any record of service.

His military service wasn't his only deception, authorities said. In an attempt to push back a scheduled district court hearing stemming from a 2017 DUI in New Hope, James said Gorzoch told court staff his mother had recently died and emailed the court a fake death certificate.

According to James, court staff did a web search for “forged death certificate” and the same document used by Gorzoch, including the doctor's name listed on it, was the first one to pop up.

“The defendant appeared in court days later,” said James. “His mother was alive and well as she drove him to court … and was present in the lobby.”

James said Gorzoch did not comment on the accusations of stolen valor during his sentencing at the advice of his attorneys, but did apologize to the court for lying.

James described Gorzoch's actions as an unsuccessful attempt to avoid jail time, adding “what the defendant did succeed in doing was to trivialize and take advantage of the sacrifices of those who actually served.”

After Thursday's hearing, officials were again questioning Gorzoch's claims. A spokesman for the district attorney's office confirmed that prosecutors are seeking a reconsideration of sentence the sentence after learning that Gorzoch allegedly lied about completing the HOPE substance abuse treatment and recovery program.

SEE ALSO: Lying About Military Service Is Not Uncommon, But It's Rarely Prosecuted

WATCH NEXT: Why Do Some People Steal Valor