Pennsylvania Just Made It Illegal To Lie About Military Service

A bill that would make it a misdemeanor to benefit from lying about military service or receiving decorations or medals unanimously... 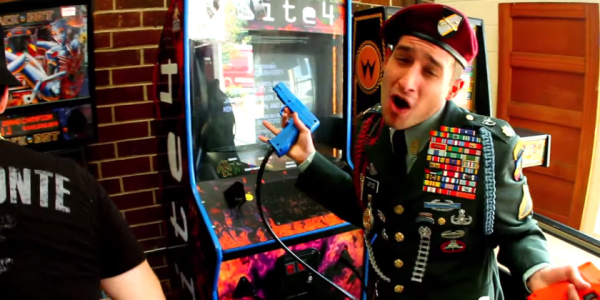 A bill that would make it a misdemeanor to benefit from lying about military service or receiving decorations or medals unanimously passed the state Senate on Tuesday and now heads to Gov. Tom Wolf’s desk to be signed into law.

House Bill 168, introduced by state Rep. Rick Saccone, R-Elizabeth Township, bans anyone from economically benefiting from lying about their service or decorations. Violators could be charged with a third-degree misdemeanor.

“Our men and women of the armed forces and their families deserve the utmost respect and praise, and criminals who disguise themselves as illegitimate veterans demean our true American heroes,” Saccone said.

“Some people have actually tried to make money by falsely claiming veteran status,” said Saccone, an Air Force veteran and a 2018 U.S. Senate candidate. “They will now be brought to account.”

Saccone said lying about military service or medals to make money “is truly an insult and discredit to the men and women who have selflessly sacrifices their lives on the battlefield.”

Saccone introduced the same legislation in May 2016, calling it the Stolen Valor Act. It unanimously passed the state House in June 2016, but did not advance in the Senate.

When the new legislative session started in January, Saccone reintroduced his bill and it passed the House 190-0 in April.

In 2013, Congress passed the federal Stolen Valor Act, which addressed those who might lie about having military decorations and medals, such as the Congressional Medal of Honor and the Purple Heart, in order to obtain benefits.

Those convicted of violating the federal law can face fines and up to a year in jail.