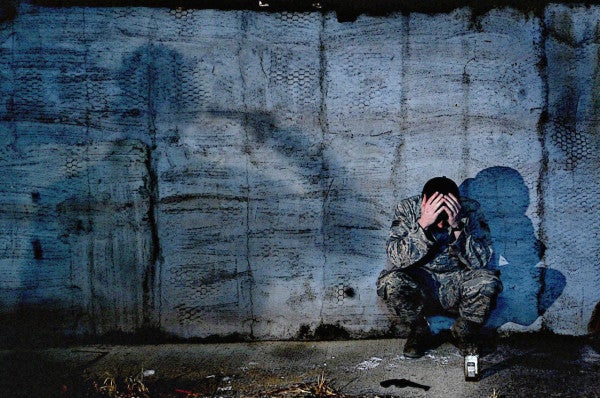 The medication, a synthetic version of the anesthetic ketamine, will be available to patients with treatment-resistant depression who receive prior authorization from Tricare and Express Scripts, the DoD's pharmacy benefits manager.

The move comes a little over a year after the U.S. Food and Drug Administration fast-tracked approval of the drug, which has a similar makeup as the hallucinogenic club drug known as Special K.

Shortly after Spravato received FDA approval, President Donald Trump touted it a potential solution to addressing the problem of veterans suicide. Trump stumped for the drug as he has recently for hydroxychloroquine to treat COVID-19, saying Spravato had shown “tremendously positive” effects in early testing and was a miracle drug.

“It really takes that horrible anxiety, whatever causes somebody to be so desperate to commit suicide…and its results are incredible,” Trump told veterans at the American Legion convention in Louisville, Kentucky, last summer. “I've instructed the top officials to go out and get as much of it as you can.”

From its inception, Spravato was widely hailed as a breakthrough treatment that relieves symptoms in hours or days rather than weeks, the first major antidepressant medication to hit the market in 30 years.

It is intended for patients who have not had success after trying at least two antidepressant medications for major depressive disorder. Treatment requires the patient to receive the medication from a provider at a medical facility. A typical dosing involves twice-weekly visits in the first month, followed by a single dose weekly or biweekly as needed.

As with any drug, however, Spravato carries risk. FDA officials said they fast-tracked the medicine due to the limited availability of effective antidepressants for difficult-to-treat patients. But the drug also carries a boxed warning for dangerous symptoms such as blood pressure spikes and disassociation, including feelings of physical paralysis and out-of-body experiences, as well as suicidal thoughts and behaviors.

A report last year by The Guardian and the Center for Public Integrity raised concerns over the FDA's rapid approval for Spravato and VA's quick endorsement.

According to the report, Spravato proved no better than a placebo in two of three short-term trials. The article also charged that during the trials, six people died, three of them from suicide.

Studies also have raised questions as to whether the medication is effective in males and patients ages 65 and over — notable concerns for the VA, where 90 percent of patients are men, with an average age of 63.

The media reports also found that Johnson & Johnson, owner of the pharmaceutical subsidiary that makes Spravato, worked with the members of Trump's Mar-a-Lago Club in Palm Beach, Florida, to influence the president and the VA to consider the medication.

Shortly after the report, a VA panel voted to place limits on its use within VA, requiring approval on a case-by-case basis.

An estimated 16 million Americans have had at least one major episode of depression, and of those, 1 in 3 are considered treatment-resistant. The number of active-duty personnel diagnosed with a depressive disorder from 2007 to 2017 was 281,289, making depression second only to anxiety disorders among mental health diagnoses in U.S. service members.

At DoD, Spravato has not been considered by the advisory panel that reviews and votes on medications to be added to the Pentagon's formulary, the list of medications that are covered by Tricare. Access to the medication will require prior authorization through a physician from Tricare and Express Scripts, according to DHA.