Pentagon to transfer $1.5 billion to border wall from Afghan forces and other areas

Acting U.S. Defense Secretary Patrick Shanahan has approved the transfer of $1.5 billion to build more than 80 miles of barriers on the border with Mexico, including taking about $600 million from an account meant for Afghan security forces. 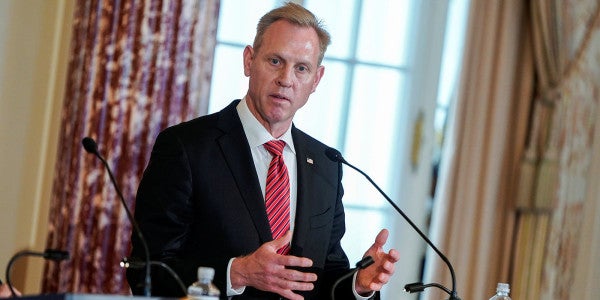 Acting U.S. Defense Secretary Patrick Shanahan has approved the transfer of $1.5 billion to build more than 80 miles (130 km)of barriers on the border with Mexico, U.S. officials said on Friday, including taking about $600 million from an account meant for Afghan security forces.

The latest move was opposed by congressional Democrats, who also criticized a March transfer of $1 billion in military money to fund Republican President Donald Trump's wall.

“The funds were drawn from a variety of sources, including cost savings, programmatic changes and revised requirements, and therefore will have minimal impact on force readiness,” Shanahan said in a statement.

Shanahan said that the U.S. military had more than 4,000 service members on the border, along with 19 aircraft.

All 10 Democrats on Senate appropriations subcommittees that handle defense, veterans affairs and related spending, wrote to Shanahan to oppose the decision. “We are dismayed that the Department has chosen to prioritize a political campaign promise over the disaster relief needs of our service members,” they said.

A U.S. official said the latest transfer would include $604 million from funds for the Afghan security forces, which are struggling to hold territory against Taliban militants.

The United States had appropriated $4.9 billion in support for those forces this year. The official said the money was taken from that account because they found savings in contracts.

“It took less money to meet the policy commitment than we thought,” another U.S. official said, adding this was not the first time money had been reprogrammed from the account.

The United States is in talks with the Taliban to end the 17-year-long war. U.S. and Taliban negotiators wrapped up their sixth round of peace talks on Thursday with “some progress” on a draft agreement for when foreign troops might withdraw.

But there is concern that overstretched Afghan forces could crumble if U.S. troops leave.

The remainder of the money will come from a chemical demilitarization program, a retirement account, funds for Pakistan and Air Force programs.

Lawmakers have hinted they may respond by putting new restrictions on the Pentagon's authority to move money around, as it has done in the past to deal with natural disasters.

Immigration is a signature issue of Trump's presidency and re-election campaign. He declared a national emergency in order to redirect funding to build a border wall without Congress' approval, and his fellow Republicans in Congress sustained his veto of legislation that would have stopped it.