The Pentagon is buying 39 million N95 masks for healthcare workers

The US military is spending $133 million on masks for healthcare workers. 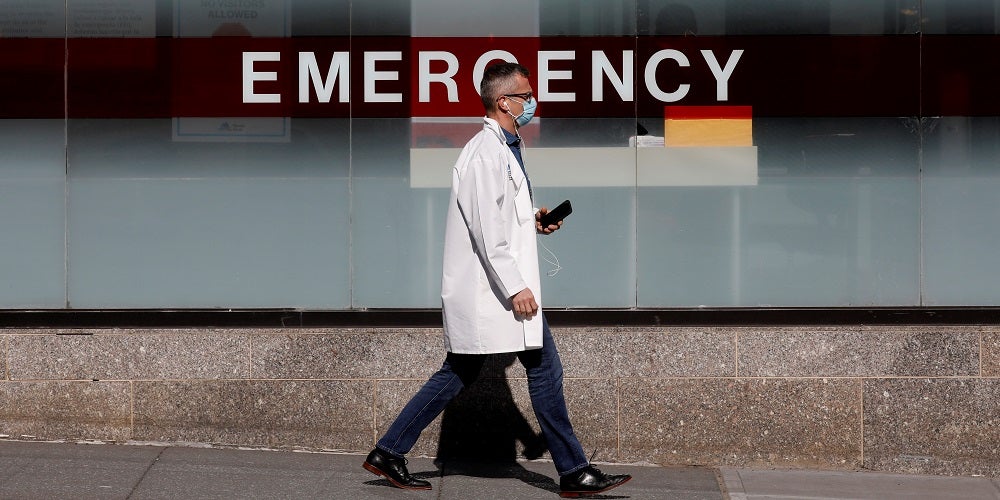 WASHINGTON (Reuters) – The Pentagon said Saturday it is using its authority under the Defense Production Act to boost the supply of N95 masks, which are essential for protecting healthcare professionals from the coronavirus and are in short supply in many places.

The American military will spend $133 million to increase U.S. domestic N95 mask production by over 39 million over the next 90 days, Lieutenant Colonel Mike Andrews said in a statement.

This is the first time the Pentagon is using the Korean War-era law to address coronavirus needs after it won approval late Friday from a White House task force.

The Defense Production Act, approved in 1950, grants the president the power to expand industrial production of key materials or products for national security and other reasons.

Andrews said the Pentagon in coming days will identify the companies involved when the contract is awarded.

The announcement came after Trump last week said he was invoking the Defense Production Act in order to acquire additional N95 masks from the company. Trump had demanded a pause in the exports of domestically produced respirators to Canada and some Latin American countries, where 3M is the primary supplier.

On Wednesday, the U.S. Health and Human Services Department awarded GM a contract for $489 million to produce 30,000 ventilators, while it also announced a $646.7 million contract given to Dutch health technology company Philips