Amid the COVID-19 pandemic, the Pentagon is cutting its chemical and biological defense programs

The Defense Department wants to spend less in fiscal 2021 on chemical and biological defense programs, budget documents show, in the middle of a pandemic and despite its own officials’ warning of a heightened risk of attacks on U.S. troops from such weapons 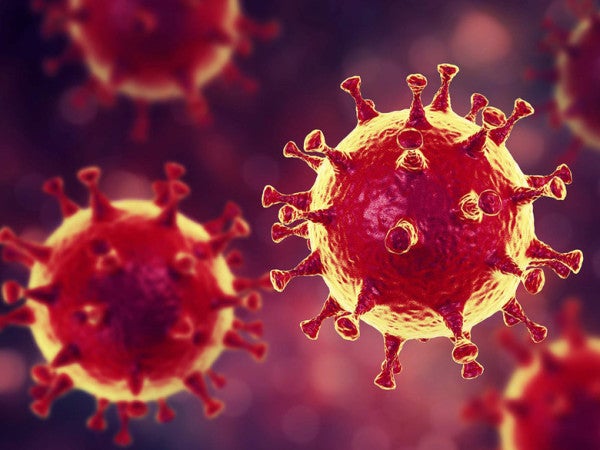 WASHINGTON — The Defense Department wants to spend less in fiscal 2021 on chemical and biological defense programs, budget documents show, in the middle of a pandemic and despite its own officials’ warning of a heightened risk of attacks on U.S. troops from such weapons.

After what Defense Secretary Mark T. Esper called a Defense Wide Review of spending in February, he proposed cutting $5.7 billion from dozens of programs to instead pay for hypersonic missiles, the nuclear arsenal and other weapons that, he said, were needed to deter or fight Russia and China.

Lost in the fine print and unmentioned in the press was a proposed drop in funding for research and procurement initiatives in the Chemical and Biological Defense Program — from $1.4 billion this fiscal year to $1.2 billion.

The armed services have dozens of programs, organizations and systems for dealing with chemical and biological weapons. But the chem-bio defense program centralizes the budget and oversight for the bulk of the military’s chem-bio efforts. It is managed by a deputy assistant secretary. It develops the technical tools — from medicines to military gear — that can detect and protect against chem-bio agents and help people respond to or recover from such unconventional weapon attacks or disease outbreaks.

Throughout the Trump administration, spending on the chem-bio program has lagged behind the rate of surge in the wider defense budget. The proposed fiscal 2021 cut would reduce spending on programs such as protective shelters for troops, decontamination gear and systems for detecting when dangerous agents are present, according to the budget documents.

Now this decision has started to draw attention on Capitol Hill. The Senate adopted without debate on July 1 an amendment to its defense authorization bill by Utah Republicans Mitt Romney and Mike Lee that would require Esper to explain the impact of reducing chem-bio spending.

Related: Why the US government was unprepared for COVID-19, according to a biodefense expert

Notably, the provision orders “an assessment of the threat posed to members of the Armed Forces as a result of a reduction in testing of gear for field readiness,” the amendment said.

“At a time when our country faces complex threats from our adversaries and other malign actors, DoD must maintain critical chemical and biological weapons research, much of which is done at Dugway Proving Ground,” Romney told CQ Roll Call in a statement, referring to a Utah facility that tests protective equipment.

The House Appropriations Committee, meanwhile, is set to vote this week on a draft spending bill that would add back nearly half of the $117 million proposed cut to the chem-bio program. It would restore $27 million for the botulinum-plague vaccine.

The Armed Services Committees have not recommended more funding for the chem-bio defense program, though they have authorized additional spending on pandemic responses. The House bill would mandate a Government Accountability Office report on U.S. military chem-bio protections and would require the Pentagon to fill in Congress on U.S. preparedness for chem-bio threats on the Korean peninsula.

All the defense bills produced so far this year have proposed restoring to some degree a separate proposed budget cut to the Biological Threat Reduction Program, which helps other countries detect and respond to diseases, whether natural or man-made. Esper’s Defense Wide Review also targeted this program, now funded at $203 million, for about a one-third reduction in fiscal 2021.

The Pentagon press office, when asked about the proposed cut to the chem-bio program, did not provide an explanation.

People who formerly oversaw U.S. military chem-bio programs said that while any one cut or two might be justified, the importance of the threat casts doubt on the wisdom of reducing the overall dollar amount.

Chemical and biological weapons are banned by treaties and considered beyond the pale around the world. But they are still in the inventories of several countries and are occasionally used.

Syrian President Bashar Assad has repeatedly used mustard agents and chlorine in his fight against rebels. North Korea is reputed to possess an arsenal of chemical weapons and perhaps also biological ones, and its assassins killed President Kim Jong-Un’s half brother with VX nerve agent in a Malaysian airport in 2017. A year later, Russia — a leading developer of chemical and biological weapons dating to the days of the Soviet Union — sent agents to England to poison a former Russian spy and his daughter with a sophisticated “novichok” nerve agent.

These events have made use of chemical and biological weapons seem “mainstream,” said Tom Spoehr, a retired lieutenant general who once commanded the Army’s Chemical, Biological, Radiological and Nuclear School.

“Now COVID-19 has shown the world how susceptible great nations such as the United States are to biological attack,” he added.

“This is like a pop quiz compared to what a state bioweapons attack would be — that’s the final exam,” said Weber, who is now a senior fellow at the Council on Strategic Risks. “These are mindless cuts that don’t comport with 21st century national security threats.”

Even the budget documents detailing the reduced spending proposed for the chem-bio program said the chances of U.S. troops facing a chemical or biological attack are real and growing.

“An increased willingness to use these types of weapons either for assassinations (e.g. Russia and North Korea) or to achieve asymmetric advantages (e.g. Syria and ISIS in Iraq) indicates eroding international norms against the use of CB weapons,” one of the documents said.

“The proliferation of knowledge and technology, increased ease of access, difficulty in detecting illicit activities, emerging threats, improved delivery capabilities, and our limited ability to anticipate how adversaries might employ Weapons of Mass Destruction (WMD) heighten the risk of attacks against the U.S. or its allies,” it said.

Spoehr, who is now an analyst at the Heritage Foundation, said America’s adversaries are emboldened to use chem-bio weapons to counter U.S military might.

“Given the changed landscape and the increased threat from CB weapons, it does not seem appropriate for the U.S. to reduce the money it spends to protect against these weapons,” Spoehr said.

Gerald Parker ran the Chemical and Biological Defense Program when he was deputy assistant secretary of Defense from 2010 to 2013, and he once commanded the U.S. Army Medical Research Institute of Infectious Diseases.

Parker said in an interview that it is important to maintain steady funding for the Pentagon’s chem-bio program, because Defense Department research labs help protect not just military personnel but also the wider world from diseases — whether naturally occurring, accidentally released or intentionally deployed, and including those that have not yet emerged.

“It is our tech base — our laboratories and our DOD scientists — that are essential to responding to the unknown,” said Parker, who is now director of pandemic policy at Texas A&M University’s Bush School of Government Service. “It’s kind of stunning in the current environment — in the middle of the most serious pandemic since 1918 — that we’re going to cut the biological and chemical programs.”