Small businesses owned or run by disabled veterans may have been cheated out of hundreds of millions of dollars in Defense Department contracts by unscrupulous firms who were ineligible for the awards, the Pentagon's Inspector General reported Thursday. 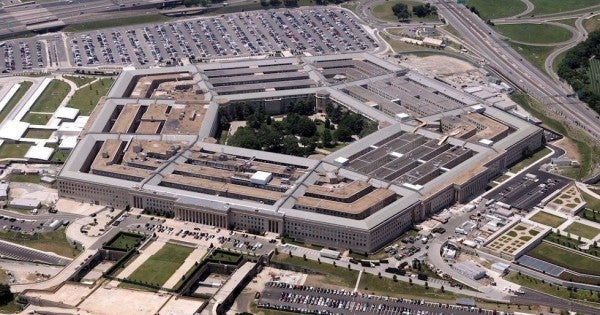 Small businesses owned or run by disabled veterans may have been cheated out of hundreds of millions of dollars in Defense Department contracts by unscrupulous firms who were ineligible for the awards, the Pentagon's Inspector General reported Thursday.

The IG's audit found that the DoD “awarded $876.8 million in contracts to ineligible contractors and did not implement procedures to ensure compliance with the Service-Disabled Veteran-Owned Small Business (SDVOSB) subcontracting requirements after the contracts were awarded.”

At least 16 of the 29 contractors reviewed in the report who received business from the DoD on the basis that they met the disabled veteran requirements were found to be ineligible, the IG's office said.

Unless the DoD conducts better oversight, “service-disabled veterans may be in jeopardy of not receiving contract awards intended for them, and the DoD will be at risk of misreporting the amounts for SDVOSB participation,” the 29-page report states.

The IG's report followed on warnings in a Government Accountability Office report last November that some firms seeking business with the DoD were setting up shell companies with “opaque ownership structures that may conceal who owns, controls, or benefits from the company.”

Under an executive order, the DoD and all government agencies have been directed to boost opportunities for service-disabled veteran businesses to get contracts, with a goal of having at least 3% of all federal contracting dollars go to firms owned by disabled veterans.

However, the IG's report found that the DoD had been awarding contracts intended for disabled veterans to some contractors who “did not have a service-disabled veteran as the owner and highest ranking officer in the company or whose publicly available information and contracting documentation did not support that they met the requirements for SDVOSB status.”

In addition, the contracting personnel at the DoD “did not perform the oversight necessary to verify compliance with the SDVOSB subcontracting requirements,” the report said.

It did not name any of the questionable firms but cited the example of one identified only as “Contractor A,” who had received a $5 million SDVOSB contract based on the contractor's “self-representation” as a disabled veteran-owned business.

The report said that “we were unable to confirm” with the Department of Veterans Affairs that the individual named as Contractor A's president was actually a service-disabled veteran.

The report also cited the case of “Contractor B,” who had received three SDVOSB contracts worth $209.6 million.

“However, we determined that evidence did not exist to support that a service-disabled veteran was the majority owner and highest ranking officer or in control of the company,” the IG's report said.

Only one member of Contractor B's business was a service-disabled veteran, and that person “lived over 2,000 miles away from the contractor's location,” according to the report.

It recommended that the Office of Small Business Programs (OSBP) at the DoD require contractors to submit valid documentation to support their SDVOSB status before contracts are awarded, and perform periodic reviews to verify eligibility.

In response to the report, OSBP Acting Director J. Scott Baum disagreed with the findings and declined to address the recommendations, the IG's office said.

In addition, Baum “stated that his office was not primarily responsible for procurement policy or contract operations,” according to the report.

In his memo to the IG's office, Baum said it is the Small Business Administration, and not his office, that is “responsible for determining eligibility and ensuring compliance” with the SDVOSB rules.