DoD to service members: stop smashing ‘reply all’ on emails and watching YouTube and Netflix

As the U.S. military continues to instruct swaths of troops and employees to stay put or work remotely amid the coronavirus pandemic, it is dealing with a strain on its network capabilities 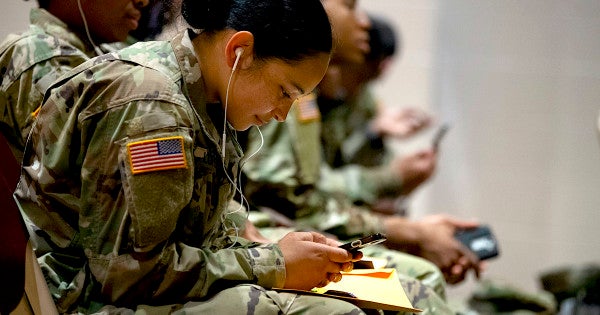 As the U.S. military continues to instruct swaths of troops and employees to stay put or work remotely amid the coronavirus pandemic, it is dealing with a strain on its network capabilities, according to a USNI report.

The U.S. Navy's computer network, the Navy Marine Corps Intranet (NMCI), is experiencing an “increase in users who are teleworking/social distancing,” for both users inside the contiguous states and overseas, Navy spokesman Joe Gradisher said to USNI.

The Defense Department's Information Networks's headquarters, which regulates the military's networking capabilities, has already blocked YouTube, Netflix, Pandora, and other streaming services to “maximize” bandwidth during the coronavirus outbreak response, according to a Navy memo titled “EFFECTIVE USE OF REMOTE WORK OPTIONS.”

“We must be prudent and optimize the utilization of the available network resources,” the memo reads, adding that information security should still be considered “paramount.”

“Getting the job done at the expense of information security is unacceptable,” the memo said. “It is better that work be delayed than be done in a way that compromises information.”

Navy officials offered additional guidance on reducing bandwidth loads, including limiting file attachments in emails to “prevent hitting inbox size limits,” and to “Limit use of REPLY TO ALL when responding to group emails.”

The Defense Department and its military assets imposed a wave of restrictions as the country deals with the coronavirus outbreak. Visitors without access cards were barred from the Pentagon and employees were encouraged to work remotely; major military exercises with foreign nations were suspended; and the top US defense officials have begun practicing “social distancing.”

“If you're sick, don't come to the building. Stay home, contact your health care provider, get tested if necessary,” a senior defense official said, according to the Military Times.