Defense Secretary Mark Esper's list of flags authorized for display, issued July 17, effectively bans by omission the Confederate flag. It also apparently applies to the rainbow Pride flag; the "Jolly Roger;" the flags of most organizations; and even the flags and pennants of sports teams 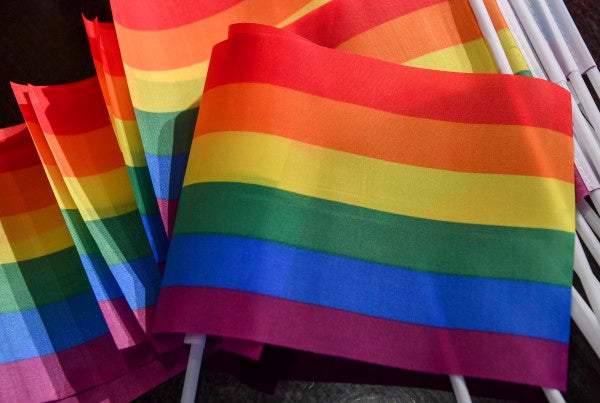 Military fans of sports teams should be careful about showing their colors on base from now on, according to a memo from Defense Secretary Mark Esper.

His list of flags authorized for display, issued July 17, effectively bans by omission the Confederate flag. It also apparently applies to the rainbow Pride flag; the “Jolly Roger;” the flags of most organizations; and even the flags and pennants of sports teams.

When asked whether it is still OK to fly a sports team's flag on base, a Pentagon spokeswoman would say only that the Esper memorandum “does not authorize public display of unlisted flags in the Department of Defense.”

The authorized list includes the U.S. flag, the flags of states and territories, the POW-MIA flag, those of allied countries, unit flags, senior leader flags and flags flown for protocol purposes.

“With this change in policy, we will further improve the morale, cohesion, and readiness of the force in defense of our great nation,” Esper said in a tweet announcing the list.

“Flags are powerful symbols, particularly in the military community, for whom flags embody common mission, common histories, and the special, timeless bond of warriors,” he wrote in a memo entitled “Public Display or Depiction of Flags in the Department of Defense.”

“The flags we fly must accord with the military imperatives of good order and discipline, treating all our people with dignity and respect, and rejecting divisive symbols,” he added.

A ban on public display of the Confederate flag has become one goal of nationwide protests for racial justice.

The protests have drawn criticism from the White House. On Sunday, in an interview on “Fox News Sunday, President Donald Trump said he views the display of the Confederate flag as a form of free speech.

In a statement last Friday after Esper published the list, Will Goodwin, director of Government Relations for the VoteVets organization and an openly gay Army veteran, objected to having the Pride flag left off the authorized list.

“The Pride flag celebrates the hard-fought rights of LGBTQ Americans, including many troops,” he said, calling it “patently offensive” to have the Pride flag lumped in with the Confederate flag.