Pentagon halts all domestic travel for military amid coronavirus pandemic

The U.S. military said on Friday it will halt, with some exceptions, domestic travel for service members, Defense Department civilians and families in a move aimed at limiting the spread of coronavirus and its impact on the military 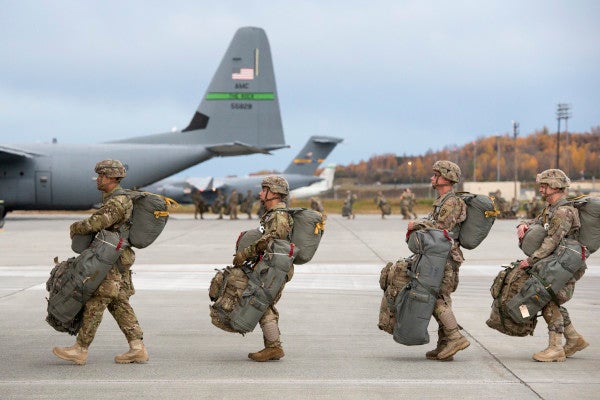 WASHINGTON (Reuters) – The U.S. military said on Friday it will halt, with some exceptions, domestic travel for service members, Defense Department civilians and families in a move aimed at limiting the spread of coronavirus and its impact on the military.

The move, which goes further than previous restrictions on international travel, highlights the degree to which the U.S. military is concerned and the lengths it has to go to try and protect the more than a million active-duty troops around the world.

President Donald Trump declared a U.S. national emergency over the quickly spreading coronavirus on Friday, opening the door to more government aid to combat a pathogen that has infected more than 138,000 people worldwide and left over 5,000 dead.

The policy would go into effect on Monday through May 11 and would be for service members, Defense Department civilian personnel and their families “assigned to DoD installations, facilities, and surrounding areas in the United States and its territories,” the memo said.

“This restriction will halt all domestic travel,” a Pentagon statement accompanying the memo said.

Exceptions could be granted for mission essential travel, travel necessary for humanitarian reasons, and travel warranted due to extreme hardship, it said.

The impact of the coronavirus on everyday life has deepened around the world. It was detected for the first time in several countries, with the World Health Organization (WHO) calling Europe the pandemic's current epicenter.

More schools and businesses closed, the global sporting calendar was left in tatters, and people faced greater restrictions on where they could go.

The U.S. military's official tally of service members and related personnel who have been infected by the coronavirus likely undercounts the actual total, the Pentagon has said. Until Tuesday, four U.S. service members had coronavirus.

Officials say the generally low age and good health of U.S. troops is a mixed blessing of sorts — allowing U.S. service members to better withstand the virus, but perhaps also allowing them to become carriers who fail to exhibit the kinds of symptoms that trigger testing.