The Pentagon Paid $370,000 To Rent An MRI For Guantanamo And It Doesn’t Work

There’s a problem with a mobile MRI unit being leased by the Pentagon for $370,000 to scan a suspected terrorist’s... 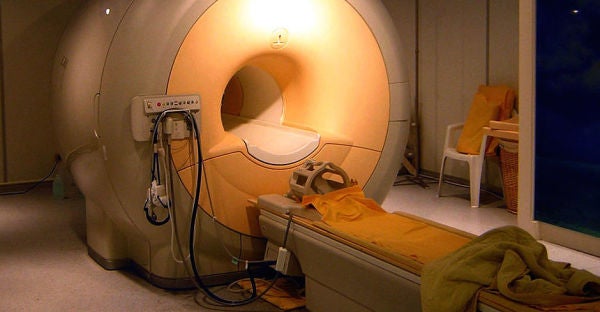 There’s a problem with a mobile MRI unit being leased by the Pentagon for $370,000 to scan a suspected terrorist’s brain as a prelude to his death-penalty trial, a prosecutor announced in court Tuesday.

Army Col. John Wells disclosed the issue in the pretrial hearings in the case against Abd al Rahim al-Nashiri, 52, a Saudi man awaiting a death-penalty trial as the suspected architect of the Oct. 12, 2000, bombing of the USS Cole that killed 17 sailors.

Air Force Col. Vance Spath, the trial judge, ordered the forensic scan in 2015. Wells told Spath that the magnetic resonance imaging equipment “is not functional and operational,” and requires maintenance.

The equipment has been parked for about a month outside the base’s Navy hospital.

It was delivered and installed properly, according to Air Force Maj. Ben Sakrisson, a Pentagon spokesman, and then it was discovered that liquid helium that was necessary “for the operation of the machine had dissipated.” Nobody could explain why that happened to the helium, Sakrisson said.

The broken equipment illustrates the complicated politics of maintaining a war on terror court and prison at this remote base. Although the Navy purchased a $1.65 million MRI for the prison in 2012, the U.S. Southern Command, which supervises Guantanamo prison operations, decided there was no need for the technology on the base of about 5,500 people. Instead, Southcom diverted it to an Army medical center in Georgia to treat troops.

Congress forbids the transfer of detainees to the United States, even for a medical procedure. So the Pentagon ultimately leased an MRI unit and shipped it down on a barge between hurricanes. Now it’s not functioning.

Sakrisson had no information on whether the Pentagon would have to pay more than the original $370,000, four-month rental fee. No detainee had been scanned before the problem, he said, although “all necessary personnel and medical staff have completed training and are certified to operate the equipment and conduct MRI testing.”

The lease is with the Office of Military Commissions, which runs the war court where 10 of Guantanamo’s 41 detainees have been charged with war crimes.

Spath ordered the scan of al-Nashiri’s brain at the request of defense attorneys who have since quit the case. They argued that signs of brain damage could be a factor in whether he is sentenced to death if he is convicted of orchestrating al-Qaida’s suicide bombing of the warship off Aden, Yemen.

Nashiri’s lawyers suspected he suffered brain damage from his four years in secret CIA prisons, 2002-06, where he was subjected to waterboarding, a mock execution, rectal rehydration and confined to a coffin-sized box to get him to spill any al-Qaida secrets he might know.

One of the spy agency’s approved “enhanced interrogation techniques” was walling, slamming a captive’s head into what was supposed to be a collapsible wall to get him to cooperate.

Military medical staff at Guantanamo have diagnosed al-Nashiri as suffering depression and Post Traumatic Stress Disorder. He voluntarily waived attendance at this week’s hearings. An Army lawyer assigned to the captives’ clandestine Camp 7 prison testified Monday that al-Nashiri said from inside his cell that he “wanted a day off.”