Defense Secretary James N. Mattis, troubled by a lack of information two weeks after an ambush on a special operations... 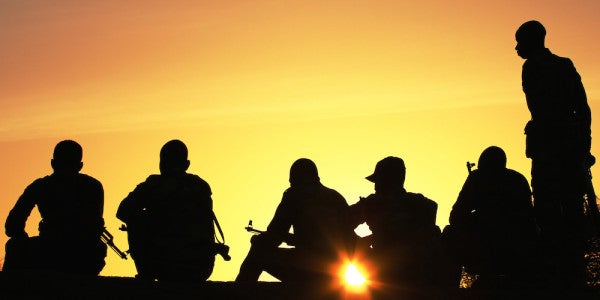 Defense Secretary James N. Mattis, troubled by a lack of information two weeks after an ambush on a special operations patrol in Niger left four U.S. soldiers dead, is demanding a timeline of what is known about the attack, as a team of investigators sent to West Africa begins its work.

The growing list of unanswered questions and inability to construct a precise account of the Oct. 4 incident has exacerbated a public relations nightmare for the White House, which is now embroiled in controversy over President Donald Trump’s belated and seemingly clumsy response this week to console grieving military families.

“We need to find out what happened and why,” White House Chief of Staff John F. Kelly, whose son was killed in Afghanistan in 2010, told reporters at the White House on Thursday.

At the Pentagon, Mattis suggested to reporters that he would say little pending results of the investigation. “We at the Department of Defense like to know what we’re talking about before we talk,” he said. “And so we don’t have all the accurate information yet. We will release it as rapidly as we get it.”

The attack, apparently carried out by armed militants affiliated with the Islamic State, was the deadliest since Trump took office, yet the U.S. military’s Africa Command still does not have a clear “story board” of facts that commanders usually gather swiftly after deadly incidents. That has senior Pentagon officials and lawmakers suggesting incompetence.

The questions arising from the incident, particularly about the availability of additional military support to the patrol, echo those raised in the aftermath of the 2012 Benghazi attack in Libya, which resulted in the deaths of four people: U.S. Ambassador J. Christopher Stevens, foreign service information officer Sean Smith, and CIA contractors Glen Doherty and Tyrone Woods.

Sen. John McCain, an Arizona Republican and chairman of the Senate Armed Services Committee, said on Thursday that getting to the bottom of what happened may require subpoenas.

“That’s why we’re called the Senate Armed Services Committee,” he said. “It’s because we have oversight of our military. So we deserve to have all the information.”

Trump’s national security adviser, H.R. McMaster, at an event hosted by the Foundation for Defense of Democracies, a Washington-based think tank, said the Pentagon will have “authoritative, definitive answers” to questions such as whether an intelligence failure contributed to the ambush and why the body of one soldier initially was left behind.

But the investigation will take time, he said. “There is a period of time where there is always ambiguity here in Washington to what is going on halfway down the world,” McMaster said, adding that there are no military missions that are “risk free.”

A team of investigators, led by a one-star general, is now working to clear up the confusion of what occurred before, during and after the mission. For instance, while three of the dead soldiers were evacuated immediately, the body of Sgt. La David T. Johnson wasn’t found until after an intense two-day search, and then by Nigerien villagers.

For months before the ambush, the U.S. military had requested more drones or other surveillance aircraft in Niger and additional military medical support, but those requests met resistance from the U.S. ambassador to the country, who was reluctant to increase the American presence in the country, according to a U.S. official briefed on the attack.

The Special Forces Operational Detachment Alpha, otherwise known as an “A-Team,” increasingly had been operating in remote areas far from command support, the official said. Green Beret-led patrols had visited the area along the Mali-Niger border 29 times in the last six months. Islamic State and Al Qaeda operate there, exploiting divisions within local tribal forces in the region.

U.S. military officials also are looking into the possibility that French forces were attacked in the same area in previous days, but that information may not have been relayed to the A-Team.

More details about the deadly firefight are coming to light as the Army moves forward with its formal investigation. The military now considers the ambush to have been a well-planned and coordinated series of two successive attacks on the Special Forces A-Team attached to Nigerien forces.

The A-Team had been able to fend off the first ambush but was attacked again while trying to retreat deeper into Niger, the official said.

It was in the chaos of the second attack that the unit may have lost track of Johnson and initially members were unable to confirm he had been killed in the assault. French attack helicopters and jets responded during the second ambush, successfully killing and pushing away the gunmen, allowing the remaining members of the U.S. and Nigerien force to escape.

Without the French air response, the military is concerned the entire unit could have been killed. Two American soldiers were wounded, and four Nigerien soldiers were also killed in the attack, and eight wounded.

The unit was driving in light unarmored vehicles that are sometimes preferred by Special Forces units for maneuverability and speed. Given the sophistication of the attack, U.S. military officials believe the Islamic State may have played a role in helping plan the attack.