The project will look at training, policy documents, and more. 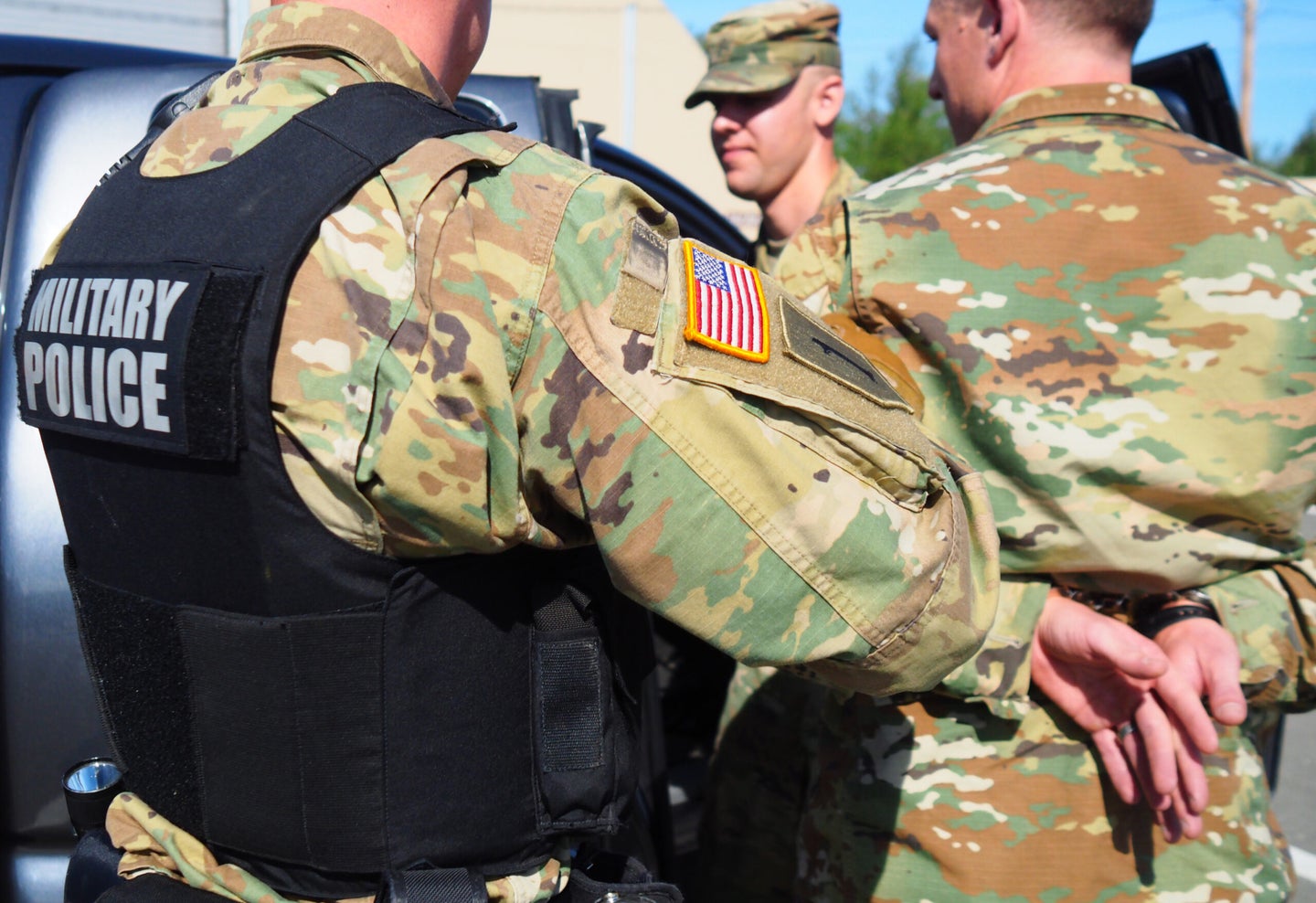 The Pentagon's Inspector General has begun a comprehensive research project on how the military branches' various law enforcement agencies have responded over the years to active shooter incidents and violence in the workplace on installations.

The brief July 28 announcement by the IG did not state what triggered the project, but recent incidents have raised questions ranging from access to bases and weapons, to the vetting of personnel participating in training programs.

Read next: Travis Air Force Base Evacuating as Wildfire Rages

The most troubling of the recent incidents occurred Dec. 6, 2019, at Naval Air Station Pensacola in Florida when a gunman later identified as Mohammed Saeed Alshamrani, an aviation student from Saudi Arabia, opened fire in a classroom building.

Using a 9mm Glock handgun and extra magazines, Alshamrani killed three sailors and injured eight others before he was killed by responding deputies from the Escambia County Sheriff's Office. The FBI later classified the shootings as a terrorist incident.

Two days before the Pensacola shootings, a 22-year-old active-duty sailor, Gabriel Romero, who was assigned to the attack submarine Columbia, opened fire on civilian personnel, killing two and wounding a third, while on guard duty at the Pearl Harbor Naval Shipyard near Honolulu, Hawaii.

Romero used his M4 service rifle in the shootings and then used his M9 service pistol to shoot and kill himself, according to authorities. At the time, he was facing nonjudicial punishment and was undergoing counseling, authorities said.

The July IG announcement said the research project will include collecting policy and guidance documents, response plans and training documents. It also aims to compile a definitive list of previous active shooter and workplace violence incidents and investigations, which has been lacking across the services.

The IG's statement said that the research will focus on “each of the military services' law enforcement organizations and military criminal investigative organizations to further define the scope of a potential future evaluation” of how they performed.

The most recent deadly shooting on a military installation occurred at Naval Air Station Corpus Christi,Texas, on May, 21 when Adam Alsahli, a 20-year-old Syrian-born U.S. citizen and Corpus Christi resident, drove to a security gate and opened fire.

A sailor on guard duty suffered nonlife-threatening injuries when a bullet hit her bullet-proof vest, but she managed to trigger a switch that lifted a barrier. Alsahi crashed his vehicle into the barrier and was killed by return fire from other security personnel, authorities said.

The FBI later said the shooting was a “terror-related incident.”

The deadliest mass shooting at a military installation occurred Nov. 5, 2009, at Fort Hood, Texas, when Army psychiatrist Maj. Nidal Hasan shot and killed 12 soldiers and one civilian, and injured more than 30 others.

Hasan used an FN Herstal Five-seven handgun in the 10-minute rampage at the Soldier Readiness Processing Center, where troops were getting medical checkups before deploying to Afghanistan.

According to the FBI, Hasan had exchanged emails with a leading al-Qaida figure before the attack. He was sentenced to death in August 2013 and is currently on death row at the U.S. Disciplinary Barracks at Fort Leavenworth, Kansas.

Four years later, also at Fort Hood, Iraq veteran Spc. Ivan A. Lopez opened fire, killing three and injuring 16 others before killing himself when confronted by police. Lopez was being treated for depression, anxiety and other behavioral and mental issues, and was being evaluated for post-traumatic stress before the shootings took place, military officials said.

The two incidents at Fort Hood four years apart exemplified two sides of the threat at military installations — terrorism and mental issues in the ranks — although motives and circumstances vary widely. Theories abound on the causes of active shooter incidents and how to prevent and respond to them.

One apparent certainty is that there are more active and mass shooting incidents in the U.S. than in other countries.

A 2016 study by the U.S. National Library of Medicine-National Institutes of Health found that the U.S. has more public mass shootings than any of the other 170 nations investigated.

The study warned that high firearms ownership rates in the U.S. correlated to the high number of mass shootings, but gun rights activists have argued that the general ban on carrying personal weapons on military installations makes it more difficult to stop active shooter incidents.

The FBI reported in 2019 that a total of 277 active shooter incidents — defined as an individual or individuals killing or attempting to kill people in a populated area — occurred in the U.S. from 2000 to 2018. A total of 884 people were killed and 1,546 were wounded in the 277 incidents, the FBI report said.

There was no breakdown in the report on the number killed and wounded on military and government installations, but a separate FBI study found that five shootings on military property from 2010 to 2013 resulted in 27 people being killed and 43 wounded.

The issue of whether troops should be allowed to carry personal weapons on military bases was raised by President Donald Trump at a Conservative Political Action Conference in 2018. He referenced incidents in Chattanooga, Tennessee, on July 16, 2015.

In those incidents, Muhammad Youssef Abdulazeez opened fire in a drive-by attack at a recruitment center in a strip mall, killing four Marines. He then drove to a Navy Reserve center and continued firing. A sailor at the center later died of wounds. Abdulazeez was killed by police in a gunfight at the Reserve center.

At the CPAC conference, Trump said, “We're going to look at that whole military base gun-free zone. If we can't have our military holding guns, it's pretty bad.” However, there have been no moves to change the general ban on personal weapons on bases since then.