The blockade imposed on Qatar by several of its neighboring Arab nations has had no impact on war efforts against... 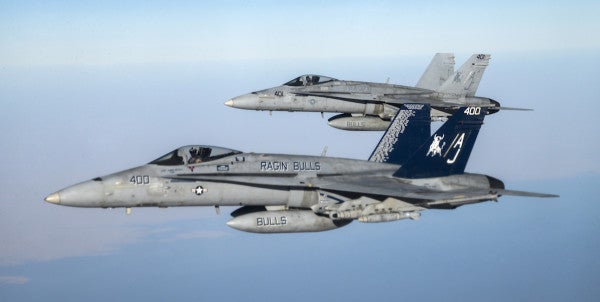 The blockade imposed on Qatar by several of its neighboring Arab nations has had no impact on war efforts against the Islamic State from the United States’ largest base in the Middle East, but it is affecting the Pentagon’s long-term planning, a U.S. defense official said Friday.

Navy Capt. Jeff Davis, the Pentagon spokesman, said operations at Al-Udeid Air Base in the tiny desert nation on the Persian Gulf “have not been interrupted or curtailed.” The United States runs its air wars in Iraq, Syria and Afghanistan from Al-Udeid, which hosts more than 11,000 American troops.

“Qatar remains critical for coalition air operations in the fight against ISIS and around the region,” he said.

Davis’ comment came shortly after Secretary of State Rex Tillerson said during an address from the State Department that the blockade was hindering American military efforts and operations against ISIS. Tillerson called on Saudi Arabia, Egypt, the United Arab Emirates and Bahrain to “ease” their blockade on Qatar, which they have accused of supporting terrorist organizations and working with Iran.

The Pentagon has continuously played down the impact that the blockade has had on the U.S. military. Just about an hour before the comments made by Tillerson, who did not take questions from reporters, Davis told reporters at the Pentagon that operations from Al-Udeid continued as normal and supplies were moving into the base as normal.

The Defense Logistics Agency is looking at several contingency plans for a worse-case scenario, he added.

“But at this point, there’s been no impact to our operations,” Davis said. “It has not had an impact at all.”

Saudi Arabia, Egypt, the United Arab Emirates and Bahrain cut diplomatic ties with Qatar on Monday accusing the nation of supporting the Muslim Brotherhood, funding al-Qaida fighters in Syria and working with Iran.

President Donald Trump on Tuesday thanked Saudi Arabia, which has in the past been accused of funding terrorist groups, for helping combat terrorism and called out Qatar on the allegations levied against it.

“Qatar, we want you back among the unity of responsible nations,” Trump said at the White House. “We ask Qatar and other nations around the region to do more and do it faster.”

Washington has been suspicious of Qatar’s support for Islamic militant groups going back to the George W. Bush administration, even as the American military rooted itself at Al-Udeid.

Defense Secretary Jim Mattis has played down the divisions among Gulf States and he said the fight against ISIS would move forward without impact.

“I am positive there will be no implications coming out of this dramatic situation at all, and I say that based on the commitment that each of these nations, that you just referred to, have made to this fight,” Mattis said in Australia on Monday in his only public comments on the issue.