From 2008 through 2011, the Pentagon secretly spent $22 million on a little-known program to research and investigate the threats... 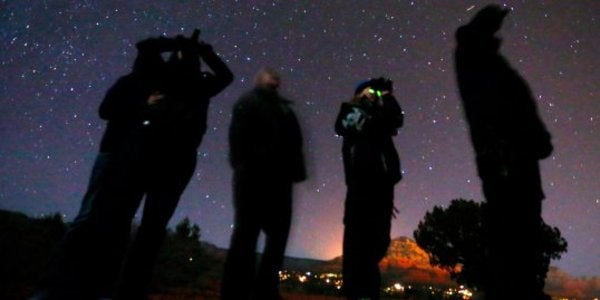 From 2008 through 2011, the Pentagon secretly spent $22 million on a little-known program to research and investigate the threats posed by unidentified flying objects, or UFOs, the New York Times reported on Saturday.

This is the first time the Pentagon has acknowledged the existence of the program.

The Advanced Aerospace Threat Identification Program was created as part of the Defense Intelligence Agency in 2007 at the request of then Nevada Sen. Harry Reid. Although government funding for the program was gutted in 2012, the program continued operating under the leadership of Luis Elizondo, a military intelligence official.

Elizondo resigned from the position in October due to his frustration over the Pentagon's lack of funding and attention to his efforts, the report said.

In his resignation letter to Secretary of Defense James Mattis, according to the Times, Elizondo said the government should start taking “the many accounts from the Navy and other services of unusual aerial systems interfering with military weapon platforms and displaying beyond-next-generation capabilities” seriously.

In the beginning years of the the program, the Pentagon gave most of the appropriated $22 million to an aerospace company owned by Robert Bigelow, a billionaire businessman who is “absolutely convinced” that aliens exist.

Bigelow is reportedly a close friend of Reid's and originally got the senator interested in UFOs and aliens. He gave money to both of Reid's senate reelection campaigns in 2004 and 2010.

This is not the first time the US government has investigated UFOs and other mysterious aerospace phenomena. In 1947, the US Air Force launched Project Sign to “collect, collate, evaluate, and distribute within the government all information relating to such sightings, on the premise that UFOs might be real and of national security concern,” according to a CIA analysis.

The study was followed by Projects Grudge and Blue Book, both of which had similar objectives of collecting UFO data and analyzing potential security threats.

The subject of UFOs has been hotly contested since the famous Roswell incident of 1947, in which a flying disc-shaped object crashed at a ranch in Roswell, New Mexico. The US military said it was a standard weather balloon, but UFO enthusiasts allege the government covered up what really happened.

Those who question the government's version of the Roswell incident and admit a belief in aliens are often branded by critics as conspiracy theorists, but aerospace researchers like Bigelow and his supporters like Reid argue that there are legitimate justifications for spending government money and resources on investigating the unexplained phenomena.

“Internationally, we are the most backward country in the world on this issue. Our scientists are scared of being ostracized, and our media is scared of the stigma,” Bigelow told the Times. “[Other countries] are proactive and willing to discuss this topic, rather than being held back by a juvenile taboo.”