It was one of the most concrete agreements to come out of the first U.S.-North Korea summit last year, but now the Pentagon says it has given up hope of recovering any more remains of U.S. troops killed in the 1950-1953 Korean War in the near future 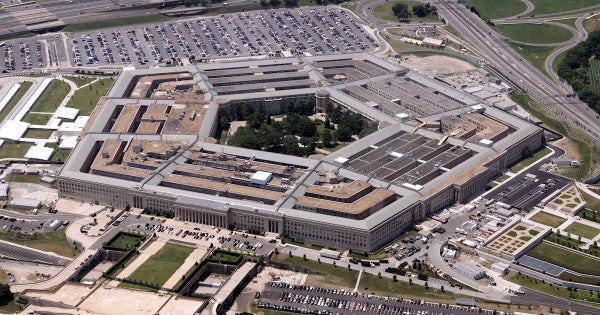 SEOUL (Reuters) – It was one of the most concrete agreements to come out of the first U.S.-North Korea summit last year, but now the Pentagon says it has given up hope of recovering any more remains of U.S. troops killed in the 1950-1953 Korean War in the near future.

The U.S. Defense POW/MIA Accounting Agency (DPAA), which works to recover missing American troops around the world, said on Wednesday that it had not heard from North Korean officials since the second U.S.-North Korea summit, held in Hanoi in February, ended with no agreement.

“As a result, our efforts to communicate with the Korean People's Army regarding the possible resumption of joint recovery operations for 2019 have been suspended,” DPAA spokesman Lieutenant Colonel Kenneth Hoffman said in a statement.

“We have reached the point where we can no longer effectively plan, coordinate, and conduct field operations in (North Korea) during this fiscal year, which ends on September 30, 2019.”

At their first summit in June last year, U.S. President Donald Trump and North Korean leader Kim Jong Un signed a declaration committing to the recovery of remains of soldiers killed in the war.

The two sides remain technically at war because a peace treaty was never signed.

In July, North Korea handed over 55 boxes of human remains, a move Trump has hailed as evidence of the success of his negotiations with Kim.

Since then, however, there has been little progress on resuming the search for the roughly 5,300 Americans believed to be lost in what is now North Korea.

Despite that lack of progress, as recently as April 26 Trump touted the return of the remains and said they “continued to come back”.

North Korea has also been silent about planned joint recovery operations with South Korea, which left the South Korean military to begin independently recovering remains in the demilitarized zone between the two Koreas in April.

The United States and North Korea conducted joint searches for remains from 1996 until 2005, when Washington halted the operations citing concerns about the safety of its personnel as Pyongyang stepped up its nuclear program.

The Hanoi summit in February fell apart over a failure to reconcile North Korean demands for sanctions relief with U.S. demands for Kim to give up a nuclear weapons program that now threatens the United States.

Hoffman said the DPAA is still trying to determine whether new recovery operations might be possible.

“We are assessing possible next steps in resuming communications with the KPA to plan for potential joint recovery operations during Fiscal Year 2020,” he said.

SEE ALSO: North Korea Stood Up The US For A Meeting On Recovering POW/MIA Remains

WATCH NEXT: The Historic Handshake Between Trump And Kim Jong Un