Pentagon set to block some transgender people from joining the military

Transgender troops who are currently serving will be allowed to remain in uniform, but that won't be the case for everyone interested in joining the ranks. 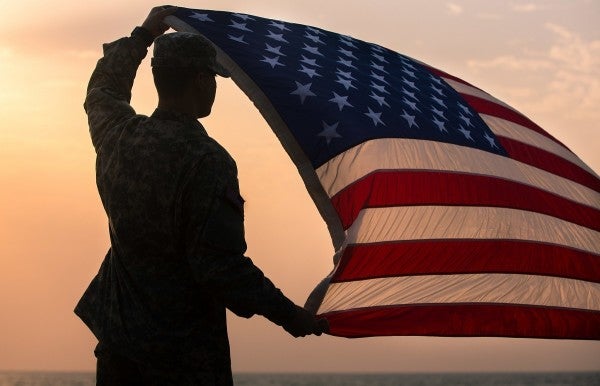 Editor's Note: This article by Gina Harkins originally appeared on Military.com a leading source of news for the military and veteran community. This story has been updated with additional information from a Pentagon spokesman. All transgender people will not be barred from enlisting as first stated on Friday. Those diagnosed with gender dysphoria will be banned.

Transgender troops who are currently serving will be allowed to remain in uniform, Defense Department spokesman Charles Summers told reporters. But that won't be the case for everyone interested in joining the ranks.

“Those who are currently serving will continue to serve, and those who've had medical service for gender dysphoria will not be allowed to serve,” he said.

Lt. Col. Joe Buccino, a spokesman for Acting Defense Secretary Patrick Shanahan said the proposed policy “is not a ban on service by transgender persons.”

“Under the proposed policy, no one may be denied entry into the military or involuntarily discharged based solely on gender identity,” he said. “However, a diagnosis or history of gender dysphoria, a medical condition requiring long-term treatment, can be disqualifying.

“In January,” Buccino added, “a three-judge federal appeals court unanimously concluded that it was factually incorrect to describe the proposed policy as a blanket ban on service by transgender persons.”

Except for those currently serving troops Buccino said would be exempt under the proposed policy, all service members must meet military standards. That including the standards associated with their biological sex, regardless of gender identity, he said.

A federal judge in Maryland on Thursday removed the order that prevented the Trump administration from putting its transgender ban into place. The Supreme Court had already allowed the ban to take effect in other states earlier this year.

“The court is bound by the Supreme Court's decision to stay the preliminary injunctions in their entirety,” Russell wrote.

Trump announced the transgender ban on Twitter in July 2017.

“After consultation with my Generals and military experts, please be advised that the United States Government will not accept or allow Transgender individuals to serve in any capacity in the U.S. Military,” he wrote. “Our military must be focused on decisive and overwhelming victory and cannot be burdened with the tremendous medical costs and disruption that transgender in the military would entail.”

Defense Department officials, including then-Defense Secretary Jim Mattis, were reportedly surprised by the announcement. Trump's ban prompted multiple lawsuits, which temporarily prevented the ban from taking effect as they made their way through the courts.

“Each and every claim made by President Trump to justify this ban can be easily debunked by the conclusions drawn from the Department of Defense's own review process,” Block said in a statement. “We will continue to fight against this discriminatory policy and the Trump administration's attacks on transgender people.”

A 2016 Rand Corp. study found that transgender people serving in the military would have a minimal impact on readiness.