A South Florida pharmacist swindled so much money from a U.S. military health insurance program that he bought a mansion... 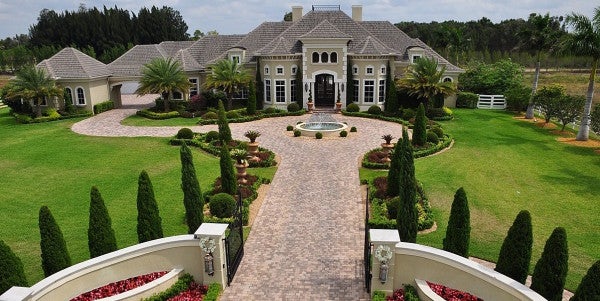 A South Florida pharmacist swindled so much money from a U.S. military health insurance program that he bought a mansion once owned by megamovie star Dwayne “The Rock” Johnson.

That’s how a federal prosecutor summed up the case against Serge Francois, the owner of a single Pompano Beach pharmacy accused of trying to fleece $37 million from TRICARE, a federal program that provides medical coverage for military service members and their families.

Francois not only purchased The Rock’s French-style chateau in Broward’s Southwest Ranches community for $3.6 million but also acquired a fleet of luxury cars: a Rolls Royce, a Ferrari, a Land Rover, a Lamborghini, a Cadillac Escalade and a Mercedes Benz.

Bernstein accused Francois, the 51-year-old owner of Atlantic Pharmacy, of amassing his fortune by lying about his background, qualifications and prescription-drug claims to TRICARE. He also said Francois paid millions in kickbacks to several marketing companies and doctors in exchange for a steady supply of TRICARE patients’ prescriptions to his Pompano Beach-based pharmacy.

“He knew exactly what he was doing,” Bernstein said. “He lied and made millions of dollars.”

At the end of an expected one-month trial in Miami federal court, Francois will learn whether he will lose his freedom — along with his mansion and fleet of luxury cars — on charges of conspiring to rip off TRICARE as well as another federal health insurance network for government employees. Both programs paid most of Atlantic Pharmacy’s prescription-drug claims between 2010 and 2015.

With the proceeds, Francois purchased his 10,000-square-foot mansion in exclusive Landmark Ranch Estates in 2015. He bought it from Y100 radio host “Mobile Mike,” who had acquired it from The Rock, a one-time University of Miami football player turned professional wrestler turned Hollywood leading man.

But since his arrest in November, Francois — deemed a flight risk by a pair of judges — has been detained without bond in a tiny jail cell in downtown Miami, a world apart from his six-bedroom, six-bathroom estate on two-plus acres. Records show he has not paid almost $60,000 in property taxes owed this year.

Francois, who pleaded not guilty to defrauding TRICARE, paying kickbacks to patient recruiters, laundering money and obstructing justice, is one of 14 defendants implicated in the Atlantic Pharmacy case. Almost all of them, including four South Florida doctors, have pleaded guilty.

Francois’ defense attorney, Sean Ellsworth, tried to distance his client from the cast of convicted cooperating witnesses who are expected to testify against him, saying the pharmacy owner was completely unaware of the alleged scheme to bilk the federal government.

“Serge Francois never paid a bribe to anyone,” Ellsworth told the jurors. “But we agree with Mr. Bernstein. There were fraudsters and criminals, and they paid the bribes.”

Ellsworth said Francois employed three pharmacists and other workers, who were also unaware of the marketing companies’ scheme to defraud TRICARE by paying kickbacks to doctors for patient referrals and drug prescriptions.

“All of this is to hide and mask what they’re doing, not only from the United States government but from Atlantic Pharmacy and Serge Francois,” Ellsworth told the jurors.

Francois, who was called “POTUS” (President of the United States) by fellow workers at Atlantic Pharmacy, is not the only remaining defendant. Also standing trial: Francois’ alleged “chief of staff,” Patrick Tonge, 40, of Southwest Ranches, a former car salesman who managed Atlantic Pharmacy and processed TRICARE and other claims.

Tonge’s defense attorney not only tried to distance his client from the tainted market companies used by Atlantic Pharmacy, but also from Francois himself.

According to an indictment, Atlantic Pharmacy billed the government programs for $37 million in fraudulent claims for compounded medications that were not necessary and not properly prescribed. TRICARE ended up paying out $31 million in a alleged scheme similar to the Medicare rackets that have plagued South Florida for more than a decade.

Francois, a U.S. citizen born in Brooklyn and a licensed Florida pharmacist for 20 years, had overcome a previous federal prosecution almost a decade ago.

But this time, Francois faces a pile of evidence, including cooperating witnesses, falsified paperwork and financial records.

Bernstein, the prosecutor, said a Jacksonville couple — Celep Simsir and Sonsoles Simsir — cut plea deals and asserted that Francois paid their marketing company, RX LLC, more than $6 million in kickbacks for patient referrals so he could bill the government for prescription drugs that the military members did not order or need. Some of that information came from the couple’s employees, associates or even patients themselves.

The prosecutor also said in court papers Francois paid kickbacks to several South Florida physicians, including Fernando Garcia Dorta, who pleaded guilty and is expected to testify that “he almost never spoke with or examined any of the patients he provided prescriptions for.”

Bernstein pointed out that Garcia wrote prescriptions that enabled Atlantic Pharmacy to submit more than $25 million to TRICARE alone.

He said other government witnesses who worked at Atlantic stated that it was an “almost everyday occurrence” that medications were returned to the pharmacy via Federal Express from customers.

“The medications were then relabeled to be shipped to other customers,” Bernstein wrote in a filing.“Witnesses stated that patients routinely called the pharmacy and complained about the fact that they did not order the medication or did not want the refills that they were receiving.”