Fred C. Arena, 42, of Salem, N.J., told a federal judge he was no longer a member of Vanguard America, the neo-Nazi organization he accompanied tor the 2017 "Unite the Right" rally in Charlottesville, Va 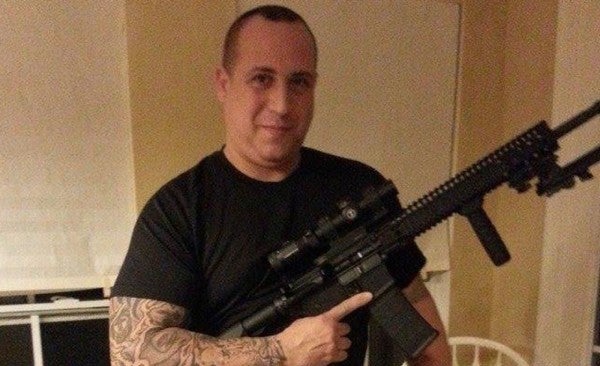 A former Navy Yard employee disavowed the torch-bearing white supremacists he once marched alongside as he was sentenced Thursday to six months in prison for lying to federal agents about his ties to extremist groups.

Fred C. Arena, 42, of Salem, N.J., told a federal judge he was no longer a member of Vanguard America, the neo-Nazi organization he accompanied tor the 2017 “Unite the Right” rally in Charlottesville, Va. The demonstration spawned violent brawls that left one counter-protester dead.

“I'm not such a monster,” Arena said at a hearing in Philadelphia. “I'm really not. …. I got a little too involved in politics — this whole left-right thing, and I did some stupid things.”

The case against Arena, who admitted last year that he lied on an application for national security clearance to get his Navy Yard job, comes as authorities have stepped up efforts to prosecute potentially violent domestic extremists.

Though Arena maintained he was not actually a threat, U.S. District Judge John R. Padova said his social media posts — including ones featuring violent slurs against Muslims and calls for women who date outside their race to be hanged — might cause some to think otherwise.

Arena's lawyer, Brian J. Zeiger, described his client as an out-of-work driver who was living in his car until he got his job as a safety worker for a Navy Yard contractor. When Padova questioned Thursday whether he might have sought out a national security clearance as part of some extremist plot, the defense lawyer assured the judge that Arena's lies stemmed only from his desire for a steady paycheck.

Zeiger accused prosecutors of seeking to punish his client for holding distasteful views when the actual crime at issue involved only a series of lies. The six-month sentence Arena received was at the upper end suggested by federal sentencing guidelines.

“This is the kind of case that normally a person wouldn't get jail time for,” Zeiger said. “To give this man a far greater sentence than what other people get just because we're so uncomfortable with this group he's associated with really would offend justice.”

Arena's outspokenness, especially in white supremacist online forums, first drew the FBI's attention a year after the Charlottesville rally as various extremist groups planned for a follow-up demonstration. In chat logs uncovered by the alternative media site Unicorn Riot, Arena complained under the pseudonym “McCormick H. Foley” that many of his alt-right colleagues had become “too nice.”

Agents later uncovered a long history of Arena's racist rhetoric online, threatening violence and boasting of his harassment of minorities.

His Facebook page was filled with photos of him brandishing automatic weapons with captions such as “coming to a synagogue near you” or referring to Muslims with derogatory slurs.

Agents first approached Arena at the Navy Yard in 2018 after Unicorn Riot identified him as the person behind the Foley pseudonym. But Arena denied any affiliation with Vanguard America at the time — a lie he maintained in subsequent interviews last year.

Though membership in domestic extremist groups is not illegal, the Justice Department has increasingly turned to charges like lying to the FBI to prosecute members who could pose an imminent threat.

During Thursday's hearing, Assistant U.S. Attorney Joseph A. Labar maintained that his office highlighted Arena's speech and distasteful associations not to punish him for it, but to give Padova a better sense of who the man actually is.

“In this case, the speech … shows you a little about the character of the defendant,” he said. “They are declarations … of an appetite to violence if not an intent to commit it.”

With credit for time served, Arena, who has been in federal custody since his October arrest, could be released as early as April.

In addition to his prison term, Padova ordered him to serve two years' probation, during which his social media use will be monitored and he will be barred from associating with Vanguard America or other violent extremist groups.