Fearing the United States could drag it into a shooting war with China in the South China Sea, the Philippines is questioning its alliance with the U.S. and pushing for a review of its decades-old defense treaty with Washington 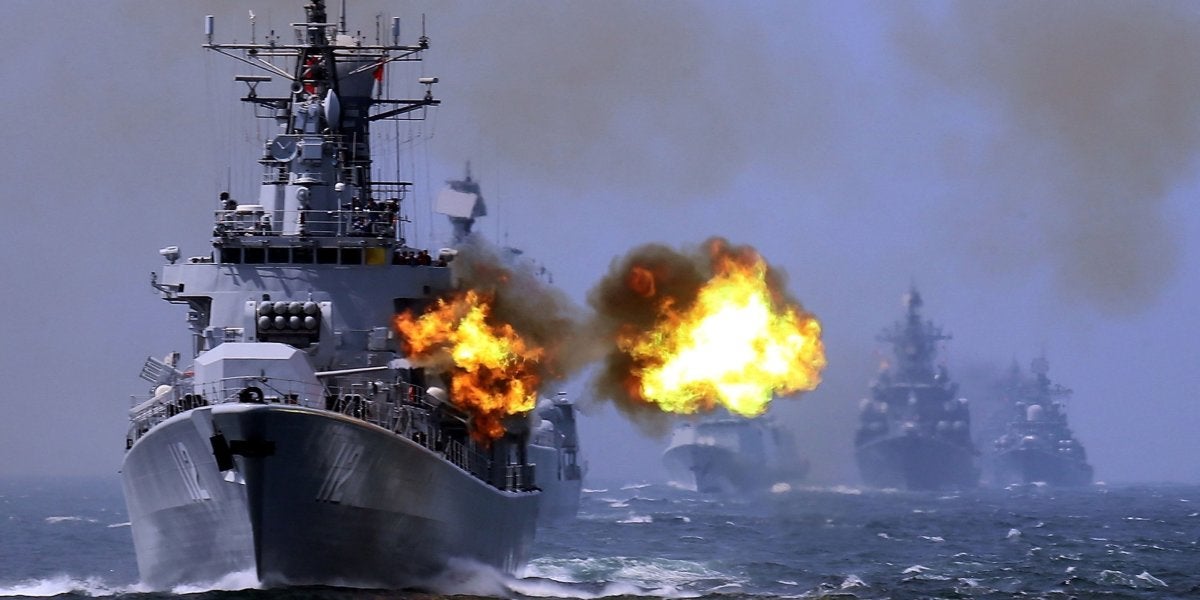 Fearing the United States could drag it into a shooting war with China in the South China Sea, the Philippines is questioning its alliance with the U.S. and pushing for a review of its decades-old defense treaty with Washington.

“The Philippines is not in a conflict with anyone and will not be at war with anyone in the future,” Philippine Defense Secretary Delfin Lorenzana stated, adding that the U.S. is much more likely to get involved in a war in the region than the Philippines.

“The United States, with the increased and frequent passage of its naval vessels in the West Philippine Sea (South China Sea), is more likely to be involved in a shooting war … the Philippines will be automatically involved.”

The U.S. Navy routinely conducts freedom-of-navigation operations in the South China Sea, sailing warships past Chinese occupied features in a challenge to Beijing's discredited claims. These operations, which have already occurred twice this year, infuriate Beijing and have led to confrontation.

The Philippine defense chief suggested, as his country has before, that the 1951 Mutual Defense Treaty needs to be re-examined and in many places clarified.

“I do not believe that ambiguity or vagueness of the Philippine-U.S. Mutual Defense Treaty will serve as a deterrent. In fact, it will cause confusion and chaos during a crisis,” Lorenzana explained.

Last Friday, Secretary of State Mike Pompeo attempted to reassure a nervous US ally, stressing that the US would defend the Philippines in the event of armed conflict, but Manila has its doubts.

“America said, 'We will protect you. We will — your backs are covered, I'm sure.' I said, 'It's okay,'” President of the Philippines Rodrigo Duterte said Sunday, according to the Philippine Star. “But the problem here is … any declaration of war will pass Congress. You know how b***s*** America's Congress is.”

Speaking Tuesday, Lorenzana called attention to America's failure to prevent the Chinese seizure and occupation of disputed territories in the South China Sea. “The U.S. did not stop it,” he said.

But the biggest concern remains the possibility that the U.S. could pull the Philippines into a war with China, something the country is determined to avoid.

“It is not the lack of reassurance that worries me,” Lorenzana said, “It is being involved in a war that we do not seek and do not want.” Manila has maintained a conciliatory stance toward China since Duterte took office in 2016, with the president repeatedly remarking that he is not interested in a war with China, as that is a war his country cannot win.

The country, however, continues to press Beijing on Chinese encroachment into areas considered Philippine territory.

~d:fs
~popular_source-pageview
China
great power competition
How The Other Half Fights