The Pizza MRE Is Headed Downrange Sooner Than You Think

Editor’s Note: This article by Matthew Cox originally appeared on Military.com, the premier source of information for the military and veteran community. The pepperoni... 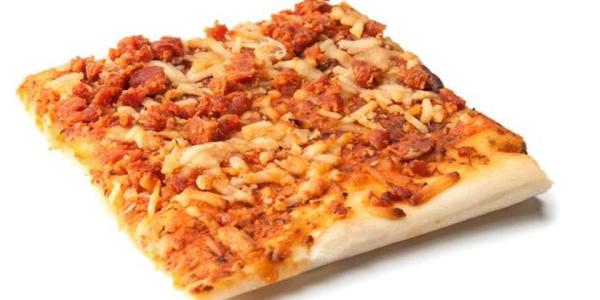 The pepperoni pizza entrée has been added to the 2018 Meals, Ready to Eat menu and should be on its way to the field soon.

The pizza can be eaten cold or heated with a flameless ration heater.

“You know, for a pizza that has to last for at least three years … it's pretty stinking good,” said Jeremy Whitsitt, deputy director of the Defense Department's Combat Feeding Directorate.

“Whenever we have sampled it with people, the primary comment that comes back is, 'Hey, it tastes like the pizza I had last night that I put in the fridge,' he said.

“I think that is a great compliment when you think about bread, sauce, cheese and meat — all have to survive in the same pouch together for three years without going bad, or getting stale or moldy,” Whitsitt added.

The pizza is made with a high-heat-tolerant mozzarella cheese and a process that controls moisture levels, pH and oxygen levels to ensure a three-year shelf life, he said.

However, it's difficult to predict when units will see the new pizza MRE, he said.

“I can't tell you when troops will see it because that's all dependent on what their stock is and how quickly they eat though their older stock” of MREs, Whitsitt said.

Defense Logistics Agency officials said it will be available to most troops in about 18 months, according to a May 25 Army press release.