A former Indian Head Park, Illinois police sergeant was sentenced to two years' probation earlier this week after prosecutors said he shot his 22-year-old son for drinking his vodka 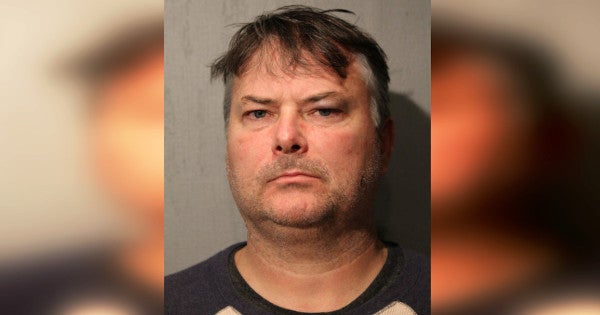 A former Indian Head Park, Illinois police sergeant was sentenced to two years' probation earlier this week after prosecutors said he shot his 22-year-old son for drinking his vodka.

Raymond Leuser, 49, pleaded guilty to reckless discharge of a firearm in the Cook County courthouse in Chicago on Tuesday. Leuser had been charged with attempted murder and aggravated battery with a firearm after prosecutors said he shot his son four times in the stomach, shoulders and thigh in his home on the 6200 block of South Nashville in Chicago in the early-morning hours of Dec. 12, 2017.

Leuser reportedly called 911 but hung up on the operator as he was asked questions. Leuser reportedly approached arriving officers with his hands up and told them, “he's in the basement,” according to police reports.

Police found Leuser's son in the basement covered in blood, the report said, and he was taken to the hospital in critical condition. Police said they found two .45-caliber handguns, one empty and the other loaded, in the house.

Cook County prosecutors said Leuser had become angry with his son after he drank several shots of his father's vodka and refilled the bottle with water.

His son submitted a victim impact statement before the court in which he said both he and his father had been drinking when the shooting happened.

“We were in a dark place, very miserable and upset with life at the time,” the statement reads.

In the statement, the son also said he does not want his father to go to prison.

“It's giving me nightmares just the thought of visiting him there and his growing old behind bars,” the younger Leuser wrote.

The son said his injuries held him back for about a year, but he said he is now recovering. He also is receiving counseling, he wrote in the statement.

Yukich said Leuser is a Marine Corps veteran who served overseas but said he would have no further comment on the case. Leuser could not be reached for comment.

Leuser had been a member of the Indian Head Park Police Department for 20 years, including serving as acting police chief from May 2015 to May 2016.

Leuser was a sergeant at the time of the shooting but was placed on unpaid administrative leave after he was arrested. He resigned from the police force about two weeks after the shooting, Indian Head Park Police Chief Robert Cervenka said.

The felony conviction for reckless discharge of a firearm will remain on Leuser's record after he completes his probation, preventing him from working as a police officer, Simonton said.