Law enforcement officials converged Thursday on the New Jersey home of the couple accused of stealing money from a GoFundMe... 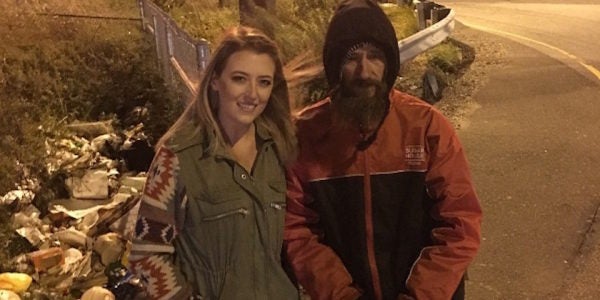 Law enforcement officials converged Thursday on the New Jersey home of the couple accused of stealing money from a GoFundMe campaign set up to help Johnny Bobbitt, a homeless man whose kindness to a stranger touched hearts across the nation and beyond.

Several investigators searched the Burlington County home of Kate McClure and Mark D’Amico, who set up the fund to help Bobbitt after he spent his last $20 to buy gas for McClure when her car stalled on an I-95 overpass near Kensington last year.

The campaign was wildly successful, attracting contributions of more than $400,000. But the couple’s stated plans to get Bobbitt a home and set up two trusts to ensure his financial independence quickly dissolved, and Bobbitt accused them of squandering the money on vacations, a BMW and gambling. He sued them to try to recover the donated funds, but earlier this week, a lawyer for the couple said the money was gone.

Related: The Couple Who Raised $400,000 For A Homeless Veteran Spent It All On Themselves »

On Wednesday, a Superior Court judge ordered McClure and D’Amico to give sworn testimony about their stewardship of the money in depositions scheduled for Monday. Their lawyer, Ernest E. Badway, said at the time that McClure and D’Amico would invoke their Fifth Amendment right against self-incrimination.

McClure, 28, and D’Amico, 39, were at home Thursday during the early-morning search. McClure was inside the house and D’Amico was on the porch, pacing and talking on his phone. McClure later drove away without responding to requests for comment from reporters massed at the end of the driveway.

Investigators carted out several boxes and put them into a black car. Authorities towed the couple’s BMW.

Law enforcement officials left around 9:45 a.m., and about 20 minutes later, McClure drove away from the house in a Subaru. She did not respond to requests for comment.