"As far as I can tell, it was a food fight between State and DoD ... DoD continues to say 'we have received no guidance.'" 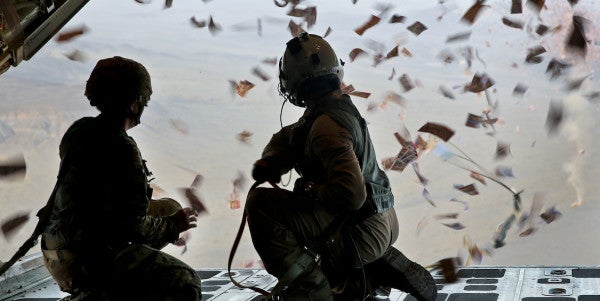 WASHINGTON (Reuters) – The U.S. Defense Department has not withheld $1 billion in funding from Afghan security forces despite Secretary of State Mike Pompeo's vow on March 23 to cut that sum “immediately”, five sources familiar with the matter said.

The Pentagon has been reluctant to shave the funds announced by Pompeo and Defense Secretary Mark Esper has not provided guidance to his agency on how to carry it out, three sources told Reuters.

It was unclear why the cut has not been made, whether President Donald Trump's administration may have decided not to reduce the funding – no such policy change has been announced – or if there was some disconnect between the State and Defense Departments.

The White House National Security Council referred queries to the Defense and State Departments. The State Department did not immediately respond to requests for comment.

A Pentagon spokesman did not directly address why the cuts had not been made immediately, and said that the State and Defense Departments were working on how to carry them out.

A fourth source, a U.S. official, said while the Pentagon was concerned about the cut Esper and senior department officials had signed off on Pompeo's decision.

This official also said senior Pentagon officials were not blindsided by Pompeo's statement, issued as he flew home after being frustrated in his efforts to persuade Afghan leaders to form a power-sharing government during a trip to Kabul.

“There have been no reductions of any funding for this year,” said a congressional aide. “As far as I can tell, it was a food fight between State and DoD … DoD continues to say 'we have received no guidance.'”

The five sources included two congressional aides, two U.S. officials and one source familiar with the matter. All spoke on condition of anonymity.

Pentagon officials – from mid-level staffers to political appointees – and U.S. commanders in Afghanistan have repeatedly been asked to give Congress details of how the cut would be made and have responded that Esper has not given them any guidance, said a second congressional aide.

In addition, Pompeo also threatened to slash another $1 billion next year and a broad review of all U.S. aid to Afghanistan.

“We are today announcing a responsible adjustment to our spending in Afghanistan and immediately reducing assistance by $1 billion this year,” he wrote in his March 23 statement.

Pompeo has declined to publicly detail how the cut would be made. Sources have told Reuters the $1 billion would come from a $4.2 billion Pentagon fund that underwrites about three quarters of the Afghan security forces' annual budget.

A U.S. defense official previously described “huge concern” within the Pentagon about slashing that funding, which chiefly covers salaries, food, fuel, equipment and infrastructure for Afghan troops and police.

Ghani and rival Abdullah Abdullah on Saturday signed a power-sharing deal to end a stalemate that had threatened to undermine U.S. efforts to withdraw its troops and nurture a peace process to end four decades of war.

Their impasse delayed movement toward peace talks between the Afghan government and the Taliban that were to have begun on March 10 under a Feb. 29 troop withdrawal agreement between the United States and the militant group.

The main provisions of that pact – to which the Afghan government was not a party – involved a U.S. commitment to reduce its military footprint in Afghanistan to 8,600 by mid-July and, conditions permitting, to zero by May 2021.

Trump wants to bring U.S. troops home to end the longest conflict in American history and to tout it as an achievement in his re-election campaign ahead of the Nov. 3 election.