WASHINGTON (Reuters) – A U.S. House of Representatives committee renewed a threat on Friday to subpoena Secretary of State Mike... 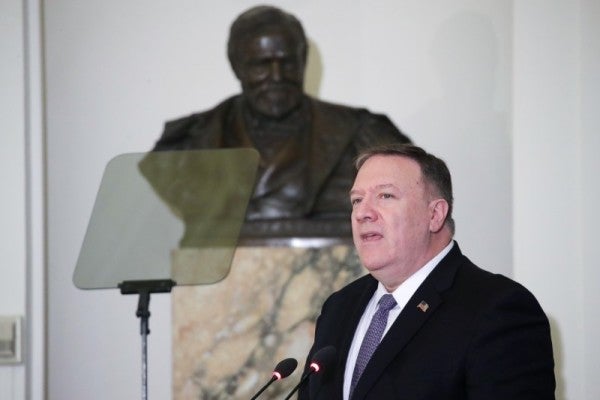 WASHINGTON (Reuters) – A U.S. House of Representatives committee renewed a threat on Friday to subpoena Secretary of State Mike Pompeo if he does not provide information about Iran policy and President Donald Trump's ordering of the strike that killed an Iranian military commander.

“I consider your testimony to be of extremely high importance and am prepared to use all legal means to ensure your attendance,” Engel wrote to Pompeo.

The Democratic-led committee said last week it had called Pompeo to testify, as members of Congress – including some of Trump's fellow Republicans – pushed Trump's administration for more information about the killing by a drone strike in Iraq this month of Iran's Qassem Soleimani.

It was the second time the committee has tried to schedule a hearing with Pompeo this month. The first was set for Jan. 14 but Pompeo did not appear.

The State Department did not immediately respond to a request for comment.

Criticism has grown as administration officials have offered shifting justifications for the strike. Trump fueled controversy by saying on Twitter that “it doesn't really matter” whether Soleimani posed an imminent threat.

Despite the start of Trump's impeachment trial, the Senate could vote as soon as next week on a resolution that could curb Trump's ability to take military action against Iran without obtaining Congress' approval.