Pentagon investigators have found that Air Force rocket programs have a poopy problem with messy factories and sloppy procedures that... 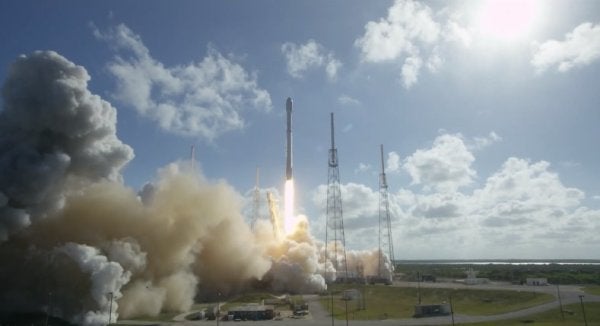 Pentagon investigators have found that Air Force rocket programs have a poopy problem with messy factories and sloppy procedures that could endanger military launches.

“Our priority is mission success on every launch and we appreciate the DoD IG's diligence in ensuring our provider's quality systems and processes are tuned to ensure continued launch success,” he said.

But John Pike, who runs the Virginia-based think tank Global Security.org, said the problems found in the report, including the poop, point to bigger issues.

Two decades of successful launches, Pike said, might have bred complacency in the Air Force's rocket enterprise that could lead to failures.

“If it seems to be working they aren't going to go looking for problems,” he said.

In the late 1990s, the Air Force suffered a string of spectacular launch failures – six in nine months. The service was ordered by Congress to investigate the problems, and the service found a series of issues, many based on faulty quality control procedures by contractors.

This time, the Pentagon has ordered a “root cause analysis” to figure out why pop cans and poop were allowed in the same room as rocket engines.

The report found more than pop and poop problems.

Investigators delved into whether contractors complied with a set of rules with a title only the Pentagon could love: Aerospace Standard 9100C.

That set of regulations controls everything from product testing and materials safety to control of debris and keeping track of expiration dates on equipment.

In one example, the investigators found expired glue at a rocket plant run by Aerojet Rocketdyne.

At SpaceX, investigators say they spotted workers using tools that weren't specified in a manual.

Any issue could cost the Air Force big bucks. With a rocket launch running around $400 million and some military satellites topping $1 billion, any failure could take a bite out of the Pentagon's $8 billion in annual space spending.

The military has promised to determine how the problems arose within 90 days.

Pike said the solution to the issue is simple: Make sure airmen and contractors don't slack off when it comes to quality standards.

Space flight, he said, is a business with little room for mistakes.

“There's a reason they call it rocket science,” Pike said.