The Poppy Wall of Honor returned this Memorial Day weekend, honoring thousands of lives lost since World War I

"[W]e have created a powerful way to honor these fallen heroes through action." 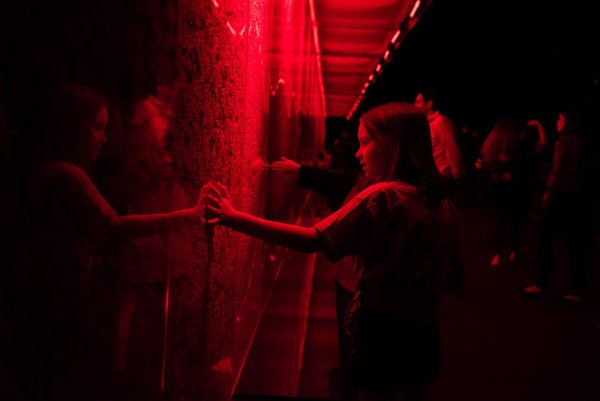 This Memorial Day weekend, visitors to the National Mall in Washington, D.C. were able to view the Poppy Wall of Honor for the second year.

The temporary, 133 foot long display of over 645,000 poppy flowers — one for every American service member killed since World War I — was visited by more than 15,000 people in 2018, the United Services Automobile Association, who sponsors the exhibit, said in a press release.

“Memorial Day is our opportunity to remember and acknowledge those who've made the ultimate sacrifice for our nation, protecting our principles and our way of life,” USAA CEO Stuart Parker said. “The poppy flower is the symbol of remembrance, and by bringing awareness through our Poppy Wall of Honor, we have created a powerful way to honor these fallen heroes through action.”

On the exhibit's website, users can scroll through poppies that have been dedicated to specific service men and women, and view a virtual reality video that explains the significance of the poppy.

This year's exhibit is accompanied by a video (below) with two paratroopers who stormed Normandy, as commemoration of the 75th Anniversary of D-Day, coming up on June 6, 2019.

SEE NEXT: 70 years later, WWII vet gets medals he didn't know he earned during the Battle of Iwo Jima