Portland State University has agreed to pay $1 million to the family of Navy veteran Jason Washington, who was shot and killed by campus police in 2018 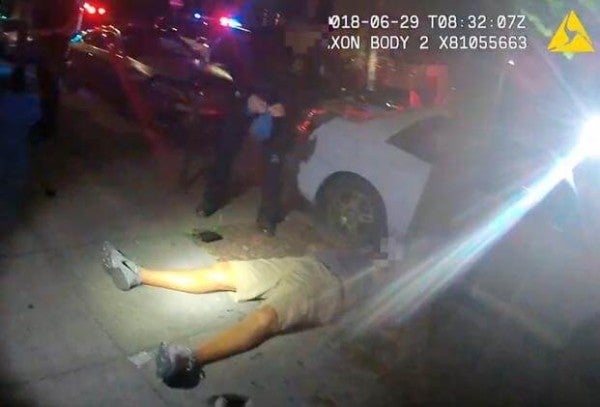 Portland State University has agreed to pay $1 million to the family of Navy veteran Jason Washington, who was shot and killed by campus police in 2018.

As part of the settlement, some of the money will go to create a memorial scholarship fund in Washington's name. The university also agreed to provide campus police with additional training.

“Mr. Washington's death was tragic, and our campus community mourns his loss,” Interim President Stephen Percy said in a statement. “His death made us significantly reassess our approach to campus safety.”

After the shooting, the university hired an independent public safety consultant who held numerous campus forums and produced recommendations in a lengthy report. In October, Percy announced a comprehensive campus safety plan that includes training designed to minimize the use of force and increased oversight by a university committee made up of students, faculty, staff and community members.

“However, the pain and emptiness that we are consumed with daily will be part of us for the rest of our lives,” she said in a statement released by the university. “Our goal is that these changes will bring about awareness and help prevent this type of tragedy from ever occurring again. We pray that no family will ever endure the pain and suffering of losing someone as irreplaceable as Jason.”

Officers James Dewey and Shawn McKenzie shot Washington, a U.S. postal worker and Navy veteran, in a chaotic scene as Washington tried to break up a fight near the Cheerful Tortoise just before closing on June 29, 2018.

Washington earlier in the night had confiscated a friend's gun after an evening of drinking. He was holding the gun amid a scuffle when officers ordered him to drop it, then opened fire, police body camera footage showed.

Washington was struck by nine bullets.

The encounter marked the first fatal shooting by the university's police force, which began carrying guns four years ago in a decision decried by activists and some students.

A Multnomah County grand jury later found no criminal wrongdoing by the officers. McKenzie and Dewey have since left PSU's public safety force.