Editor's Note: This article by Matthew Cox originally appeared on Military.com, the premier source of information for the military and veteran community.... 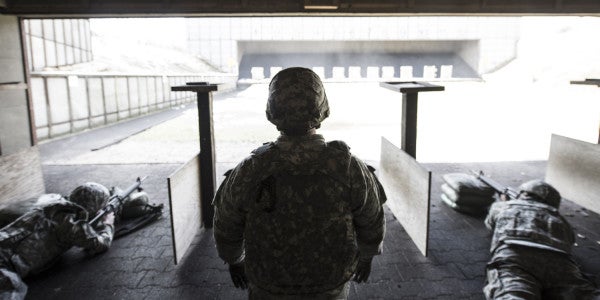 Editor's Note: This article by Matthew Cox originally appeared on Military.com, the premier source of information for the military and veteran community.

The IG launched two joint investigations with the Defense Criminal Investigative Service, supported by elements of the U.S. Army, regarding allegations that Federal Prison Industries and ArmorSource LLC manufactured and sold Advanced Combat Helmets, or ACH, and Lightweight Marine Corps Helmets, or LMCH, to the military that failed to meet contract specifications and were ultimately defective, according to the report released Wednesday.

In May 2008, FPI was awarded contract to manufacture LMCH helmets for an initial cost of $23,019,629. The FPI produced approximately 23,000 helmets at its facility in Beaumont, Texas, of which 3,000 were sold and delivered to the DOD.

“However, the FPI did not receive payment for these 3,000 helmets because more than half of them were subsequently determined to be defective, and all 23,000 helmets were ultimately quarantined,” according to the report.

“The investigations further disclosed that the ACH helmets produced by FPI were also defective, and that both the ACH and LMCH helmets posed a potential safety risk to the user.”

These investigations “did not develop any information to indicate military personnel sustained injury or death as a result of the defective ACH helmets,” according to the report. However, 126,052 ACH helmets were recalled, and monetary losses and costs to the government totaled more than $19,083,959.

Both investigations determined that FPI had endemic manufacturing problems at FCI Beaumont, and that both the ACH and LMCH were defective and not manufactured in accordance with contract specifications, according to the report.

The investigations found that the ACH and LMCH had numerous defects, including serious ballistic failures, blisters and improper mounting-hole placement and dimensions, as well as helmets being repressed, the report states.

“Helmets were manufacturing with degraded or unauthorized ballistic materials, used expired paint (on LMCH) and unauthorized manufacturing methods. Helmets also had other defects such as deformities and the investigations found that rejected helmets were sold to the DOD,” according to the report.

The FPI also pre-selected helmets for inspection, even though the DOD and ACH contract required helmets to be selected randomly, and substituted helmets to pass testing, according to the report.

The investigation found the following deficiencies:

A surprise inspection by OIG and military personnel on January 26, 2010, discovered inmates at the Beaumont FPI facility openly using improvised tools on the ACH helmets, damaging the helmets' ballistic material, creating the potential for the tools' use as weapons in the prison and, thereby, endangering the safety of factory staff and degrading prison security, according to the report.

The FPI Beaumont facility that manufactured the ACH and LMCH helmets was closed and its entire staff transferred to other duties within the Federal Bureau of Prisons.

While most of the report focuses on FPI, it states that “ArmorSource did not provide adequate oversight of the manufacture of the ACH, which resulted in helmets that were not manufactured according to contract specifications.”

Criminal prosecution resulting from these investigations was declined, and the DOJ Civil Division, Commercial Litigation Section and the Eastern District of Texas, United States Attorney’s Office entered into a civil settlement agreement with ArmorSource in which ArmorSource agreed to pay $3 million, based on its demonstrated ability to pay, to resolve potential claims against it under the False Claims Act, according to the report.