A proposed $130 million project to build an “interactive learning center” adjacent to the Vietnam Veterans Memorial on the National... 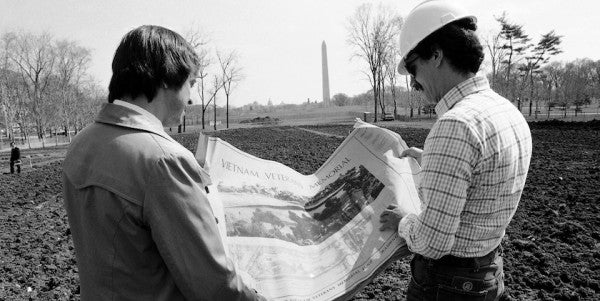 A proposed $130 million project to build an “interactive learning center” adjacent to the Vietnam Veterans Memorial on the National Mall has been terminated, the Virginia-based nonprofit organization behind the project announced on Sept. 21 in a press release.

The decision to shutter the Education Center of the Wall marks the culmination of a tumultuous 18-year saga chronicled in a recent Task & Purpose report based on interviews with multiple inside sources who alleged that the Vietnam Veterans Memorial Fund (VVMF) continued soliciting donations for the project long after it became obvious that it would never come to fruition.

“I have advocated ending this campaign since 2015,” said Jan Scruggs, the estranged founder of VVMF, who first conceived of the Education Center in 2000 and retired as president and CEO of the organization four years ago. “Task & Purpose played a crucial role.”

Scruggs and others who had been involved in the Education Center campaign over the years say VVMF still has a lot of explaining to do and foresee legal battles over the tens of millions of dollars the organization has received from multinational corporations, foreign governments, veterans service organizations, philanthropist groups, and countless Vietnam veterans and Gold Star families, many of whom also contributed photographs and other mementos that were to be featured in exhibits planned for the center.

“They owe the donor community some hard answers,” said a Vietnam veteran who volunteered as a fundraising committee leader with VVMF for nearly a decade and donated $60,000 himself. “Why didn’t they pull the plug on this project that everyone knew at least three years ago wasn’t going to happen?”

VVMF board of directors chairman John Dibble said in the press release that the organization had “pursued every single possible avenue and opportunity” to complete the Education Center at the Wall, which would have been a 25,000-square-foot underground facility featuring museum exhibits and multimedia installations telling the story of the Vietnam War. One exhibit would have displayed images of the more than 58,000 fallen service members whose names are etched on Maya Lin’s famous Wall.

The press release stated that $27 million of the $40 million in donations the organization received for the Education Center at the Wall “has been spent on construction design, exhibit planning, awareness building, and preliminary work necessary for specific exhibits within the project.” The remaining $17 million was “specifically restricted to hard construction, which may be returned after discussions with those donors.” In other words, every dollar that the organization was not contractually obligated to return if the project was shuttered is gone, according to VVMF.

The organization has not replied to numerous phone calls and emails.

“How exactly was the money spent?” said the former fundraising committee leader. “How much is actually left in the coffers? How much of it was spent to pay officers’ salaries? And why did they ask two senators to endorse an extension if they were this close to pulling the plug? It’s unconscionable.”

The source was referring to legislation introduced last month by U.S. senators Steve Daines and Tammy Duckworth that would would have granted VVMF a four-year extension to continue raising donations for the center beyond October of this year, when its previous extension expires. The original bill authorizing VVMF to build the center on the National Mall was signed by President George W. Bush in 2003. Several sources said it became increasingly apparent that the project was doomed in the weeks following a 2012 ceremonial groundbreaking on the National Mall when VVMF discovered that it would cost about $50 million more than what was estimated at the time of the event.

Task & Purpose was contacted by two more former VVMF employees after publishing our expose on Wednesday. One, who worked for the organization between 2010-2012, claimed that he saw multiple development officers fired after they figured out “there was no money left.” The other expressed remorse for all the people who have poured time, money, and effort into the project, often under the false assumption that ground would soon be broken.

“It's so sad,” the former employee said in an email. “Mothers, fathers, and family members of those whose names are on The Wall are donating in memory of their fallen and, unless that money was earmarked by the donor to be for care and maintenance of The Wall, it was being mismanaged, spent irresponsibly, or put into Ed Center planning (at least while I was there).”

According to Scruggs, the only money restricted for “hard construction” came from major donors, including the governments of Australia, Singapore, and South Korea, the Lilly Endowment, the Veterans of Foreign Wars, and the Hard Rock Cafe, which is owned by the Seminole Tribe of Florida. Steve Bowers, an American Indian and Vietnam veteran, who negotiated the Hard Rock donation — of $110,000 — told Task & Purpose that they now intend to use the money to build statues honoring veterans in Florida. “We don’t mean to be Indian givers,” he said, “but if they’re not holding up their end of the bargain, we want our refund.”