This Proposed Rule Could Complicate Infertility Treatment For Veterans

Editor’s Note: This article by Amy Bushatz originally appeared on Military.com, the premier source of information for the military and veteran community. A... 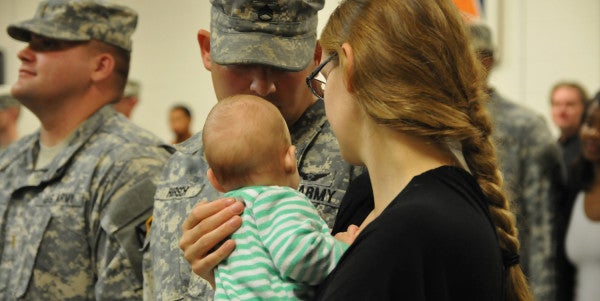 A measure passed by a House committee last week would make it harder and potentially dangerous for active-duty troops and veteran couples to receive some federally funded infertility treatments, critics say.

Injured troops still on active duty currently can receive infertility treatment, including in vitro fertilization (IVF), through the Defense Department. A measure to extend the same benefit to veterans treated through the Department of Veterans Affairs for service-connected infertility received bipartisan support in recent legislation, but was blocked from passing after a dispute between Senate Democrats and Republicans over Zika virus research funding attached to the bill.

Now both could be jeopardized through an amendment included in a Labor and Health and Human Services spending bill approved by the House Appropriations Committee on July 14.

The amendment, sponsored by Rep. Andrew Harris, a Maryland Republican, would block the federal government from funding IVF unless “such treatments do not result in the destruction of viable human embryos before embryo transfer,” according to a committee summary.

During IVF, a woman's eggs are removed from her body and fertilized with sperm. Several days later, after doctors have observed the eggs' viability, some of the eggs are returned to the woman's body in hopes that a pregnancy results, while the remaining eggs are frequently stored through a delicate freezing process known as cryopreservation, said Erin Kramer, an IVF expert and director of government affairs at the American Society for Reproductive Medicine.

The only way to avoid freezing or the possible resulting destruction of remaining embryos is to implant them all, which could result in a high-risk pregnancy or premature birth as the woman attempts to carry to term multiple babies.

The amendment, Kramer said, would force federally funded doctors, including those at the VA and DoD, either to implant all embryos at once or to freeze and store the remaining embryos indefinitely, with no chance at a second implantation attempt should the first one fail, she said.

“It actually makes the practice of IVF dangerous, and it would actually preclude the cryopreservation and thawing process,” Kramer said. “Nobody plans to be infertile. Nobody ever expects to be infertile. … Here you have active-duty service members and veterans who are infertile because they served.”

Harris and his staff did not respond by deadline to requests for comment.

Officials with the Wounded Warrior Project, who are advocating for the measure that would allow the VA to provide IVF treatment, said they were surprised by the funding rules amendment after months of building what they saw as solid bipartisan support around the issue.

“This was something that came late in the process,” said Brian Dempsey, an attorney with the Wounded Warrior Project who has worked on the issue. “We thought this was a done deal, and we're now entering a different discussion here, and one that … provides no new benefit to veterans or their families.”

The VA rule for IVF, included in the spending bill covering the VA and military construction, is on hold at least until September when Congress returns from summer recess. At that time, the bill could be passed or could be further delayed if lawmakers do not reach a consensus, Dempsey said.