Psychologist who waterboarded 9/11 plotter Khalid Shaikh Mohammed: ‘I would do it again’

The psychologist who led the CIA's harsh interrogation program after 9/11 was unapologetic about his role in testimony Tuesday before a military commission that is preparing to try Khalid Shaikh Mohammed, the self-proclaimed mastermind of the attacks 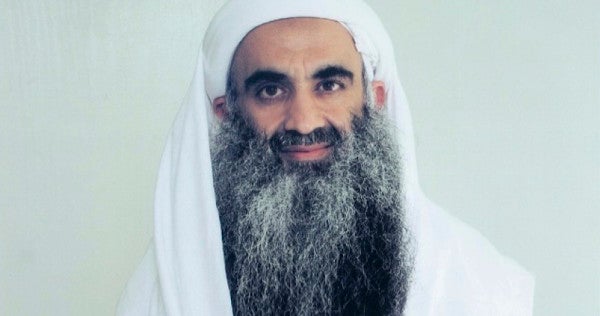 The psychologist who led the CIA's harsh interrogation program after 9/11 was unapologetic about his role in testimony Tuesday before a military commission that is preparing to try Khalid Shaikh Mohammed, the self-proclaimed mastermind of the attacks.

“Let me tell you just so you know,” said James Mitchell, who personally waterboarded Mohammed at a “black site,” or secret prison, in Poland. “If it were today, I would do it again.”

The torture debate has bitterly divided America for well over a decade, stretching across three presidential administrations and penetrating the popular consciousness. Just two months ago, Amazon Studios released a film, “The Report,” that dramatized a landmark Senate investigation, partially released in 2014, that condemned the CIA “enhanced interrogation” program as ineffective and brutal. The bipartisan report found that the CIA had actively avoided congressional oversight and that the interrogation program had made the nation less secure, not more.

For their work, Mitchell and another psychologist, John “Bruce” Jessen, received up to $1,800 a day. They later formed a company that was paid about $81 million to help operate the interrogation program over several years. In 2017, the psychologists settled a civil lawsuit brought against them by two former detainees and a third who had died in custody. The American Psychological Assn. condemned the two psychologists for “violating the ethics of their profession and leaving a stain on the discipline of psychology.”

As Mitchell testified, the men he interrogated — Mohammed among them — showed no visible emotion.

Mitchell's testimony marked a dramatic opening to pretrial proceedings that were already noteworthy for putting the torture issue front and center. Mitchell defended his decisions, recalling the fear that gripped America after terrorists slammed hijacked planes into the World Trade Center and the Pentagon on Sept. 11, 2001, killing nearly 3,000 people.

Back in 2002, when the interrogation program was devised, the Central Intelligence Agency had only one high value detainee in custody, a suspected Al Qaeda functionary named Abu Zubaydah. After some early success in interrogations, mainly by FBI agents, Zubaydah had clammed up.

The CIA had decided some sort of coercive interrogation techniques were required, and Jose A. Rodriguez, head of the agency's counter-terrorism center, put Mitchell in charge of the program, he testified.

Mitchell said he sat alone in a hotel room late into the night thinking that if he didn't do it, the agency would probably go ahead anyway — but with a less effective, potentially harsher program.

“I thought of my moral obligation to protect American lives against the temporary discomfort of terrorists who took up arms against America. I decided I would just live with it,” Mitchell said. He choked up twice as he testified.

“The CIA was not going to let them set up another catastrophic attack in the United States,” he said. “They were going to go right up to the line of what was legal, put their toes on the line and lean forward.”

Whether the CIA went “right up to the line,” or went well beyond it, is very much in dispute. Another point of contention is whether the FBI had any knowledge of the CIA's program. If it did, that could complicate the already long-drawn-out process of convicting Mohammed and the defendants of charges stemming from the 9/11 attacks.

The five men — Mohammed and his nephew, Ammar Baluchi, along with Ramzi bin Shibh, Mustafa Hawsawi and Walid bin Attash — are accused of conspiring to murder almost 3,000 people.They were all captured in either 2002 or 2003 and have been in American custody since.

The Obama administration had hoped to try Mohammed in federal court in Manhattan, but the plan was dropped after Congress passed a law prohibiting the federal government to spend money transporting prisoners from the Navy brig at Guantanamo to the mainland United States.

Pretrial hearings have been ongoing here in Guantanamo Bay since 2008. The trial itself is scheduled to begin in January 2021 — nearly 20 years since the 9/11 attacks.

The five defendants are among the 40 prisoners who remain incarcerated here in a prison that at one point held 780 men.

The five men sat quietly and intently as Mitchell testified. He was defiant from the start in response to questioning by James G. Connell III, lead defense attorney for Baluchi.

Actually, he was defiant even before the questioning began. When Connell welcomed him to court and thanked him for traveling to the remote base to be questioned, Mitchell said: “I actually did it for the victims and families, not for you.”

In response to a later question, he said, “You folks have been saying untrue and malicious things about me and Dr. Jessen for years, so you shouldn't be surprised that I don't want to spend a lot of time with you.”

Mitchell is scheduled to testify through the rest of the week and probably into next week. Jessen will follow him to the stand.

Mitchell said the torture techniques the CIA calls enhanced interrogation were applied much less extensively than normally understood. For example, he said Mohammed was in CIA custody for nearly 3,000 days and the harshest of the techniques were used on only 21 of them. That's difficult to square with reports that Mohammed was several times deprived of sleep for five, six or seven days at a time.

Mitchell drew a distinction between interrogation and debriefing, which he said were noncoercive question and answer sessions.

He said CIA personnel at some black sites played basketball and lifted weights alongside the prisoners. Mitchell also said he often talked to prisoners about things far removed from normal interrogation subjects. He called these conversations fireside chats.

Defense attorneys regard some of the distinctions Mitchell made as absurd. So long as the prisoners were in custody of the same people who had tortured them, they were coerced, David Nevin, an attorney for Mohamed, has said.

Human rights organizations around the world have condemned the interrogation program.

Julia Hall, a lawyer for Amnesty International who attended the hearing here on Tuesday, said she was appalled that Mitchell said that he had come to testify on behalf of the 9/11 victims. The families would have seen justice long ago, she said, but for the role torture has played in delaying the trial of the men.

“It took my breath away,” she said. “He's a cause for all those delays. Torture ruined everything.”

“What on earth did he accomplish by it — other than staining our country, degrading our values and complicating the trial?” asked Harold Hongju Koh, a professor of international law at Yale who was the State Department's top lawyer under President Obama.