On Thursday evening, the Pentagon confirmed that at the direction of President Donald Trump, U.S. forces killed Iranian general Qassim Suleimani in an air strike near Baghdad's airport, the most drastic step towards conflict with Iran of the 21st century 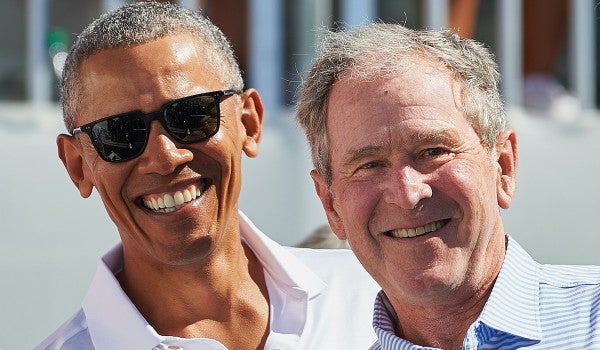 On Thursday evening, the Pentagon confirmed that at the direction of President Donald Trump, U.S. forces killed Iranian general Qasem Soleimani in an air strike near Baghdad's airport, the most drastic step towards conflict with Iran of the 21st century.

Soleimani had been one of the most important and highly-regarded military figures in Iran for decades, playing a pivotal role in shaping Iranian foreign policy and the politics of the Middle East today.

The killing of the high-level commander Soleimani, first reported by Iranian state TV and later confirmed in a statement by the Pentagon, is the United State's most significant escalation of tensions against Iran yet and is likely to further inflame conflict in the region and provoke severe retaliation.

In the immediate aftermath of the strike on Suleimani, Iranian Supreme Leader Ayatollah Ali Khamenei said that “harsh retaliation” would be waiting for the U.S., with another military official, Moshen Razae, vowing to “take vigorous revenge on America.”

As the leader of the elite and secretive Iran Revolutionary Guard Qods force, which carries out foreign intelligence operations outside of Iran, Suleimani abetted widespread terrorism and violence throughout the region on several different fronts. The Pentagon said he was responsible for the deaths of hundreds of U.S. service members in Iraq and beyond.

Soleimani's intelligence work focused both on bolstering the influence of Shiia Muslims by helping build up the firepower of terrorist groups like Hezbollah, supporting Hamas' takeover of the Gaza strip, and attacking American forces in Iraq, according to The New York Times.

Most recently, Suleimani was best known for his work taking on ISIS in Syria and Iraq for the purpose of bolstering the regime of Syrian dictator Bashar al-Assad.

Despite the havoc Soleimani wreaked on the Middle East, neither former Presidents George W. Bush or Barack Obama took action to target either Soleimani or anyone from the Qods force.

Rep. Elissa Slotkin, a Democratic congresswoman from Michigan who previously worked as a CIA analyst and Pentagon official on Middle East issues under both Presidents Bush and Obama, shed some insight on why neither administration tried to kill Suleimani in a Friday Twitter thread.

Slotkin wrote that she “participated in countless conversations on how to respond to Qasem Soleimani's violent campaigns across the region,” adding that the “sophistication of Soleimani's covert and overt military activities…have contributed to significant destabilization across the region.”

“We watched as his power increased and he brought strength and capability to groups in Iraq, Syria, Lebanon, and Yemen, and to smaller cells around the Middle East and the world, with devastating consequences.”

Previous administrations decided that attacking Suleimani wasn't worth the risk

Slotkin said that “what always kept both Democratic and Republican presidents from targeting Soleimani himself was the simple question: Was the strike worth the likely retaliation, and the potential to pull us into protracted conflict?”, adding that “the two administrations I worked for both determined that the ultimate ends didn't justify the means.”

Specifically, Slotkin cited the potential retaliation from Iran against U.S. troops, diplomats, and allied forces in the region as a major reason, writing that “it is critical that the Administration has thought out the moves and counter-moves this attack will precipitate.”

Gen. Stanley McChrystal, who previously served as head of the Joint Special Operations Command under the Bush administration, recounted in a 2009 piece for Foreign Policy magazine his own decision not to attack Suleimani's convoy in Iraq one night in 2007.

McChrystal said that while there was “good reason” to attack Soleimani over the casualties to US forces caused by Iranian-placed roadside bombs in Iraq, to “avoid a firefight, and the contentious politics that would follow, I decided that we should monitor the caravan, not strike immediately.”

McChrystal wrote that “despite my initial jealousy of Soleimani's freedom to get things done quickly, I believe such restraint is a strength of the U.S. political system. A zealous and action-oriented mindset, if unchecked, can be used as a force for good—but if harnessed to the wrong interests or values, the consequences can be dire.”

U.S. policy towards Iran markedly shifted under the Obama administration, which attempted to improve relations with Iran and ended up negotiating a landmark nuclear deal, the JPCOA. Under those conditions, it wouldn't have made sense for the U.S. to take out one of the country's top officials.

But Trump, who criticized Obama's policy towards Iran for years, took a vastly more aggressive approach towards Iran, withdrawing from the nuclear agreement and significantly inflaming tensions.