The 48-year-old submarine, which is docked in Los Angeles, has been closed to the public since 2015 due to disrepair 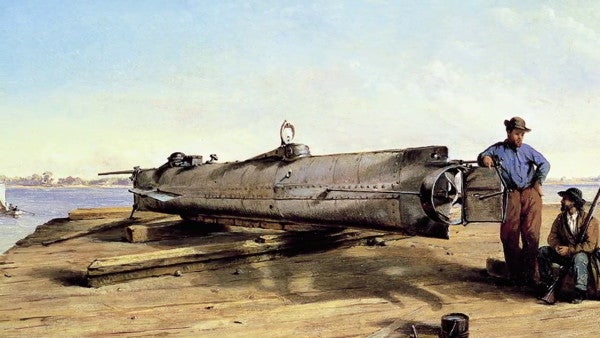 A former Soviet submarine that became a tourist attraction docked adjacent to the Queen Mary in Long Beach is expected to be sold soon to an anonymous buyer, with plans to remove the rusting sub by mid-May.

The 48-year-old Russian Foxtrot-class submarine, known as the Scorpion, had hosted paying visitors for 17 years before it fell into such disrepair that it became infested with raccoons and was closed to the public in 2015.

The submarine's neighbor has condition problems of its own. But the iconic ocean liner continues to operate as a floating hotel that hosts a series of tourist events, including a scary Halloween celebration that features haunted mazes within the bowels of the ship.

The submarine is owned by Palm Springs-based NewCo Pty Ltd., which is leasing the submarine to Urban Commons, the Los Angeles real estate and development company that holds the lease over the Queen Mary and the adjacent property.

Representatives for Urban Commons said that a tentative deal has been reached to sell the submarine but declined to identify the buyer.

Robert Lisnow, an attorney who represents NewCo, confirmed that a deal is in the works for the sale of the submarine but he wouldn't offer any details.

In 2016 NewCo filed a lawsuit, accusing a previous leaseholder of the submarine and the Queen Mary of neglecting the submarine for many years.

The lawsuit said the ship was covered in rust, grime and peeling paint and infested with raccoons. In 2015, the submarine began to list to the port side, forcing it to be closed to tourists, according to the lawsuit, which demanded $10 million in repairs.

Urban Commons took over the lease of the Queen Mary and the Scorpion in April 2016.

Lisnow said the sale of the submarine is part of a settlement of the 2016 lawsuit. Court records show the lawsuit was dismissed last year.

Representatives for Urban Commons said a bill of sale has been sent to the proposed buyer, who asked to remain anonymous. Once the bill of sale is signed, plans to remove the sub will be drafted, with the help of Long Beach city officials, the U.S. Coast Guard and the U.S. Army Corps of Engineers.

Urban Commons unveiled a plan two years ago for a $250-million entertainment complex on the bay-front next to the Queen Mary that would include a 2,400-foot-long boardwalk, a new small-boat marina and cafes, bars and shops. The plan called for a 200-room hotel, an amphitheater for concerts and nearly 700,000 square feet of retail space.

In an email statement, Taylor Woods, principal and co-founder of Urban Commons, said the area now occupied by the submarine is planned to be developed into a “beach club feature, with a sandy beach, a pool and a refreshment area, accessible to visitors to the property as well as to guests of the hotel.”

Revenue from the new development would help pay for desperately needed repairs to the rusting luxury liner.

In October, Long Beach city officials asked Urban Commons to present maintenance and repair plans for the Queen Mary or face the possibility of being declared in default of its lease. In early November, the city released a memo showing that Urban Commons is in the process of developing plans for $5 million to $7 million in repairs on the ship.

“The city values the continued progress Urban Commons has made to improve the structural integrity of the historic Queen Mary on behalf of Long Beach residents and visitors,” the memo said.