Although the number of sexual assaults reported have decreased, the military’s system for handling such cases may be flawed. In … Continued 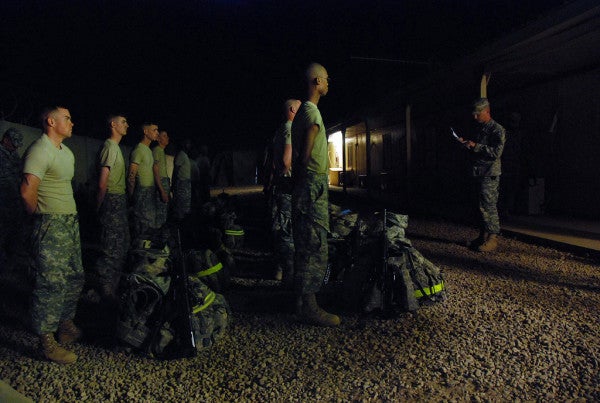 Although the number of sexual assaults reported have decreased, the military’s system for handling such cases may be flawed. In a recent Mother Jones article, writer, Jenna McLaughlin argues that trying to report sexual assault in the military is inherently unfair, and it has to do with the very structure of the institution — unit commanders preside over these cases, which means that a sexual assault case not only starts, but stays in-house. For victims of sexual assault, this can be a daunting prospect: having to go to your senior leadership to report a traumatic experience, and rely upon them to handle it with impartiality.

After the New York Times’ broke the story of sexual assaults occurring during the Air Force’s basic training in San Antonio, Texas, the service has noted a reduction in assaults at the Air Force Academy, with reports decreasing from 45 in 2013 to 27 in 2014. But this may not reflect the number of crimes committed, and can’t measure the number of service members who chose not to come forward for fear of reprisal, or ostracisation within their unit. The services have developed behavioral training plans, but these last only a few days and seem unlikely to change the attitude or value systems of the participants.

To some, like retired Col. Don Christensen, military oversight of these cases may not be best option.

“In the military, your rapists' boss decides whether or not a sexual-assault allegation is investigated,” says Christensen, himself a former military prosecutor, and president of Protect Our Defenders. “This puts commanders in an impossible position.”