Retired Marine Took Blankets And Food Donated To Homeless Vets And Sold Them For A Profit, State Charges

The Miami branch of the non-profit Florida Veterans Foundation was supposed to distribute 27,000 blankets and 9,700 ready-to-eat meals that... 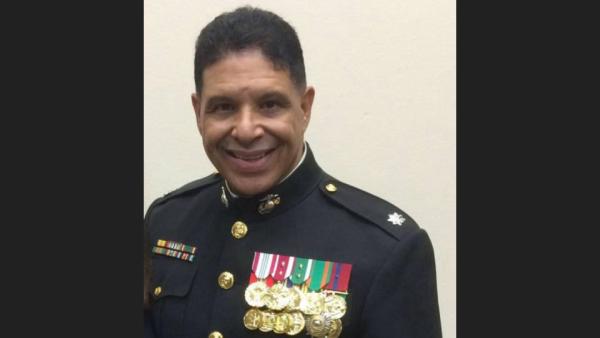 The Miami branch of the non-profit Florida Veterans Foundation was supposed to distribute 27,000 blankets and 9,700 ready-to-eat meals that were donated for homeless veterans in Miami.

Instead, state agents say, the foundation’s volunteer director in Miami sold the donations for profit back in 2015, depositing the $46,800 into a personal bank account. And that’s not all. State investigators say he also sold an additional stockpile of donated sleeping bags, cots and backpacks to a South Florida tactical supply store for nearly $80,000.

Antonio Colmenares, a well-known figure in Miami government and veterans circles, was arrested Wednesday on a charge of first-degree grand theft. His friend, Antonio Sabatier, 60, a volunteer with the organization, was also arrested.

“These donated items should have gone to help feed and warm veterans struggling to get back on their feet — instead they were sold to fatten the pockets of those charged with preying on the good intentions of others,” Florida Attorney General Pam Bondi said in a statement.

Colmenares and Sabatier were booked into a Miami-Dade jail on Wednesday. It was unknown if they had retained defense lawyers.

The Florida Veterans Foundation is a non-profit that works for the state’s Department of Veterans’ Affairs. Nobody answered the phone Wednesday at its office in Tallahassee.

Colmenares, 57, is a retired U.S. Marine lieutenant colonel and logistics officer who ran unsuccessfully for Miami city commission in 2009. A year earlier, he also ran unsuccessfully to become the chairman of a Miami-Dade County panel tasked with overseeing spending of a transportation tax.

He was a staple at events to help Miami’s homeless veterans. Colmenares even helped craft a special court for veterans charged with crimes. “What our veterans need is not a handout, but a hand up,” he said in announcing the court in 2014 while appearing alongside Miami-Dade State Attorney Katherine Fernandez Rundle and Miami-Dade Commissioner Jose “Pepe” Diaz.

Colmenares also volunteered on veterans issues out of the office of former Miami Mayor Tomás Regalado. He also served as Miami-Dade College’s director of military and veteran services.

The Florida Department of Law Enforcement began investigating him in 2015 after the foundation complained of the possible theft of the blankets and ready-to-eat meals. Agents discovered that in Feburary 2015, he sold the items — and the $46,800 was deposited into an account for Nike Management, a company owned by Sabatier.

That May, he organized the Homeless Veterans Stand Down event, where veterans camped for three days at Robert King High Park in West Miami-Dade.

The other items were sold in 2014 and 2015 to Worldwide Tactical, a well-known South Florida tactical supply company. Agents said the company had no idea the items were stolen.