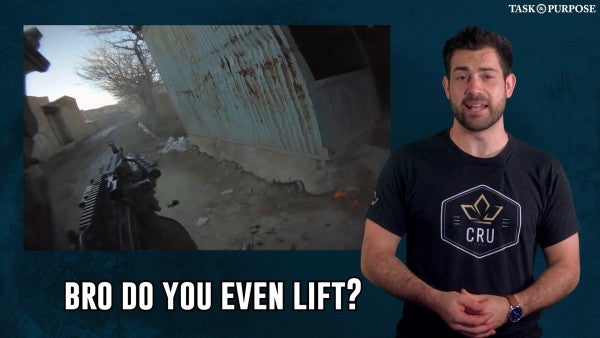 A military official formerly in charge of all White House communications for the U.S. Army at Mar-a-Lago was sentenced to three years of probation on Friday after he made false statements to a federal agent during a child pornography investigation.

Richard Ciccarella — a non-commissioned officer who told federal agents he was in charge of communications at President Donald Trump's Palm Beach resort — became a target of an investigation after he uploaded photos of a young girl to a seedy Russian website between 2017 and 2018, according to court documents.

Ciccarella used the username RICH25N to upload suspicious photographs and folders to the website iMGSRC.RU between November 2017 and February 2018, according to court documents.

He posted one photo of the underage girl wearing only underwear and standing next to a Christmas tree. He titled it “dirty comments welcomed.” He uploaded a similar photo of the girl playing a board game.

Comments on the pictures included “can she be my present?” and “strip candy land!!! Why didn't I think of that!”

Ciccarella accessed the website with an email address linked to his work phone, court records state.

The 34-year-old staff sergeant was stationed at Mar-a-Lago between Aug. 2017 and March 2018, according to the Palm Beach Post, which first reported the story. He was “responsible for setup and maintained all of the communications for the President at Mar-a-Lago,” according to a sentencing memo filed by his defense attorney. Previously, he was assigned to the White House switchboard in Washington, D.C., and was “responsible for making and placing calls for the President, Vice President and senior White House Staff,” the memo states. He also traveled with the president and vice president to maintain their communications.

Ciccarella remains in the military, according to his attorney, although as a convicted felon he could face “separation” from the service, court records say. Prosecutors said the photos didn't constitute child pornography and asked for a prison term up to six months, the Post reported. He faced a maximum of five years.

Ciccarella's use of a Russian website to upload sensitive images while overseeing official communications at Trump's resort raised concerns among security experts. It marked the latest security breach at or involving Mar-a-Lago.

“There are a lot of people with access to classified information but if a foreign adversary became aware of this, clearly he becomes a huge blackmail target,” Harrell said.

The so-called Winter White House is a far easier target for foreign intelligence gathering than its counterpart in Washington, D.C.

“There is a blackmail concern as well as a targeting risk, especially given his access to communications,” David Kris, an assistant attorney general for national security in the Obama administration and founder of consulting firm Culper Partners, said in an email Friday. “This is a problem.”

Ciccarella was not charged with uploading the sexually explicit images to the Internet, but when questioned by federal agents on March 8, 2018, near Mar-a-Lago, he made false statements about his use of the email address associated with his Internet username, according to court documents.

He admitted to federal agents that he uploaded photos of the girl to the Internet, but said he did not condone the comments users posted about her. Charges were filed in May. He pleaded guilty in July. Prosecutors in court filings noted “the defendant's recognition and affirmative and timely acceptance of personal responsibility.”

On Friday, a federal judge in U.S. District Court for the Southern District of Florida sentenced Ciccarella to probation and also ordered him to undergo sex offender treatment and disclose all Internet passwords to his probation officer. Ciccarella is not allowed to have unsupervised contact with minors or with the victim, and he must perform 100 hours of community service, Judge Donald Middlebrooks ruled.

“This was the last place I thought I would be,” Ciccarella said in court, according to the Post. “I will forever regret my actions.”

Ciccarella's attorney, Michael Salnick, said his client remains a member of the Army and has been relocated to a new assignment away from the Palm Beach club. The Post reported that Ciccarella was relocated to Virginia.

“He's moving on with his life,” Salnick said. “This is a closed chapter.”

Trump spends a significant amount of time at Mar-a-Lago during the society season and is known to discuss sensitive information there. Security protocols are notably laxer than at the White House.

When a Chinese businesswoman named Yujing Zhang breezed past security checkpoints and into the club earlier this year, it was a receptionist who stopped her, not Secret Service. Zhang was convicted in federal court of entering a restricted area and lying to a federal agent. Although she was not charged with spying, prosecutors filed classified information about her under seal to a judge.

“With this administration putting so much of the president's time in and around Mar-a-Lago,” Harrell said, “it's got to be a very attractive environment for espionage.''